Google May Integrate Chat into Gmail Apps for Android, iOS

Google integrated Meet into Gmail for desktop in May, allowing users to start or join a meeting straight from Gmail. 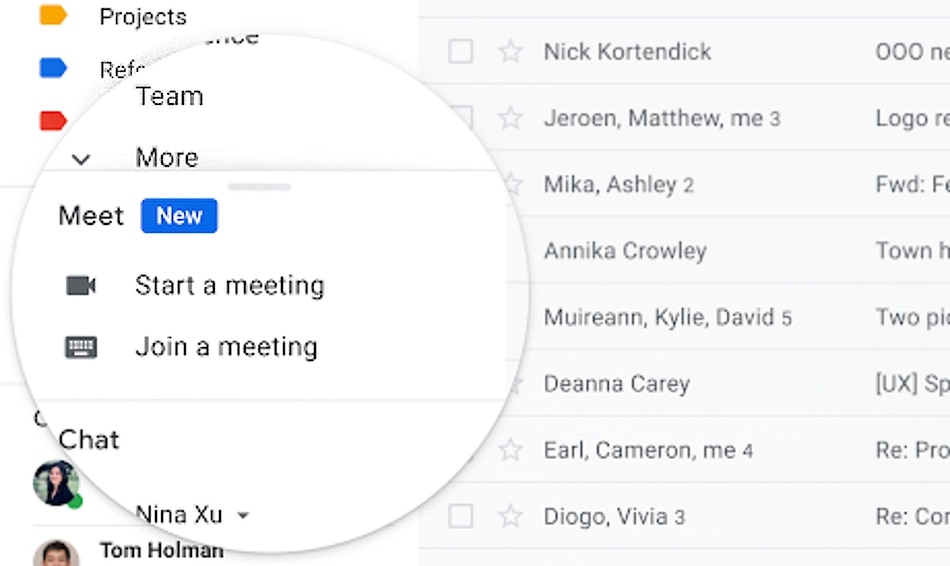 Google seems to be working on bringing Chat to Gmail for Android and iOS, following reports of it bringing Google Meet to the mobile app. Google shared last month that it will soon be adding a Google Meet tab in the Android and iOS version of Gmail and now, a new report suggests Chat will also be integrated into the Gmail mobile app. The development was spotted in the code for the latest Gmail app that shows strings for “Chat” and “Rooms.”

As per the report by 9to5Google, decompiling the latest Gmail app uploaded to the Google Play store showed strings of code that suggest Google Chat integration is coming to the mobile app. The report states that there were onboarding strings for “Chat” and “Rooms” in the code. ‘Chat' is said to be for one-to-one conversations while ‘Rooms' is said to be for group collaborations. Both consumer and enterprise accounts seem to have their own introductory prompts, which as per the report, suggests that this integration will be pushed to all Gmail app users.

Last month, Google announced that it will be bringing Google Meet integration to Gmail for Android and iOS. It was said that users will be able to join meetings with the Gmail app by tapping the Meet link in Google Calendar or through a link shared via email, Google Chat, or third-party applications. At the time, Google said that the integration will take place in the coming weeks.

With the latest report, which also does not state a timeline for Chat integration, shows strings of code for Meet in the Gmail app for Android as well. As of now, it is unclear if both the features, Meet and Chat, will be integrated at the same time but that seems unlikely. The report adds that users should be able to disable both services in the Gmail app.