It is now easier to access Night Sight mode in the Google Camera app. 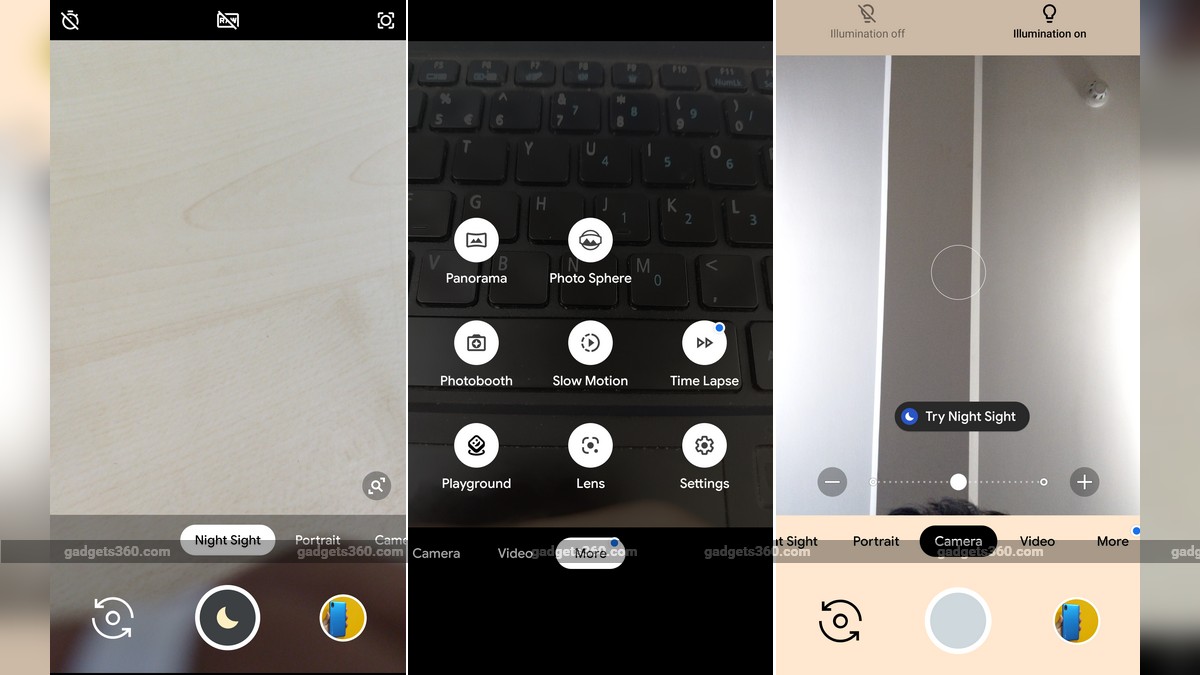 The leaked Google Camera app build, which carries the version number 6.3, was reportedly set to arrive with the next beta build of Android Q. In the Google Camera app's updated version, the much vaunted Night Sight Mode has been moved to the app's main screen and can be accessed by swiping right twice. The relocation of Night Sight to the app's home screen comes at the cost of Panorama mode, which has now been moved to the 'More' page, sitting at the same spot where Night Sight was located earlier.

But even though Night Sight has been moved to the Google Camera App's home screen, the app still shows up the Night Sight recommendation when it detects a low light scenario. Another change that comes with the updated build is the renaming of the screen flash feature. The name of this selfie feature has been changed from ‘Flash' to ‘Illumination' in Google Camera app (v6.3).

Lastly, the white balance control has been dropped off as well. The updated build of Google Camera app can now be downloaded from APKMirror and it does not appear to have any bugs. But we suggest that you wait a little for the official Google Camera update to arrive via the Play Store.