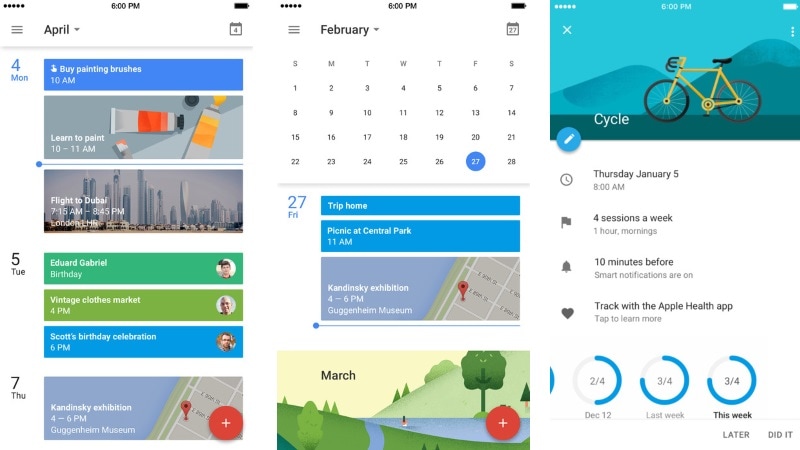 Google Calendar app for iOS has finally received a feature that should have ideally been added long time ago by the company - the Today Widget. While iOS has been supporting widgets for some time now, the search giant has only now added the Today Widget to its Calendar app on the platform that allows users to see the upcoming events from the home screen itself.

With Google Calendar for iOS version 2.4.0 update, which is already available in the App Store, Google has added support for Today Widget to the calendar app and users will now be able to see two upcoming events by default in the Today View section, as pointed out in a report by 9To5Mac. This can further be expanded to see four upcoming events.

Notably, Google Calendar users can also get a glance of upcoming events on iPhone 6s and later by using 3D Touch - hard pressing the app's icon on the Home screen. In order to add the Today Widget, just like you add other widgets, you will need to swipe right from the Home screen and tap on the edit button at the bottom of the screen.

"Today Widget - Get a quick look at your day's events directly in the Today View of your iPhone or iPad thanks to the new Calendar widget," the company said in its changelog for the update.

Let us know in comment section down below if you will be using the widget going ahead or think that there are other calendar apps that offer more utility.