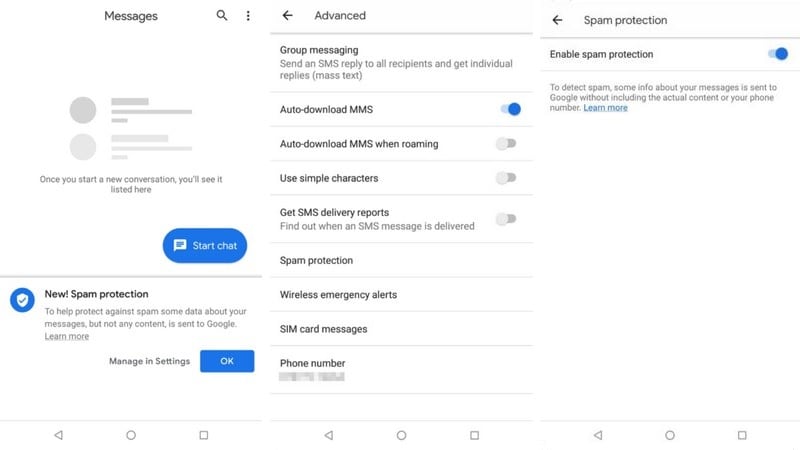 Google has begun rolling out its spam protection feature to its Messages app on Android after almost over six months of developing it.

Based on reports from a handful of tipsters, that spam protection feature is now going live, though not everyone seems to have it just yet, the Android Police reported late on Friday.

"The change appears to be server-side and in a limited rollout for the time being, as other devices we've tested, including my own, don't have it just yet. When it does hit your device, you should see a notification similar to that above when launching Messages," the report added.

Once introduced, users can disable this feature in the Settings and then in the Advanced menu.

Data about spam messages is to improve the search engine giant's ability to "detect future spam for users".

The company has maintained that Messages is its primary communication solution for its users.

Earlier this week, Google announced it was planning to shift its Messages web app - which allows users to manage SMS/MMS messages on their phone from another device - from Android.com to Google.com.

The move is seen as the tech giant's plan to minimise the use of the word "Android".