Google Brings Fantastic Beasts and Where to Find Them Features to Street View, Voice Commands, and More; Daydream Magic to Follow Soon 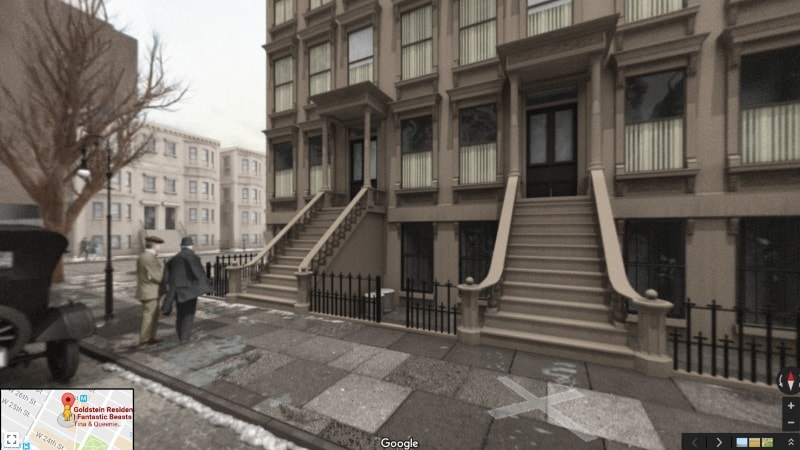 Harry Potter has been an integral part of an entire generation's childhood and given that a spinoff movie, Fantastic Beasts and Where to Find Them, from the same franchise is about to release, the hype around wizards is at its peak. Google has tied up with Warner Bros. Pictures to bring some of the magic from Harry Potter universe to its services and the results are downright amazing.

The most impressive update has made way to the "OK Google" voice commands, which turn your smartphone into a magic wand. After saying "OK Google," you can now use magic spell "lumos" to turn on the flashlight of your smartphone and say "nox" to switch it back off. If you want to put all the notifications and ringer to silent mode, you already know the spell, just say "silencio" and let the magic unfold by itself. Notably, these voice commands only work on Android smartphones as of now.

Google clearly didn't want to stop there and has added the locations from New York in 1926, as recreated in the movie Fantastic Beasts and Where to Find Them, to its Google Street View service. "Fans can visit MACUSA (Magical Congress of the USA); Steen National Bank, where Newt first meets Jacob Kowalski; the underground speakeasy The Blind Pig; and the magical apartment of Tina and Queenie Goldstein, two of the film's key characters," the search giant said in its blog post. These themed Street View landscapes for now are visible on Android smartphones and the Web, but not on iOS.

To make sure that the magical experience from Harry Potter doesn't end there, the company has announced a VR game on Fantastic Beasts and Where to Find Them for its Daydream View headset, which will be available from later this month.

Just like it did with Stranger Things, Google has also announced a Fantastic Beasts sticker pack for its chat application Google Allo, which will be made available for download soon.

If you haven't tried out the spells for yourself yet, stop being a muggle and please go ahead to unleash the child in you.

Apple AirPods Shipments Tipped to Be Delayed Till January 2017
Facebook, Twitter Under Renewed Pressure to Deal With Hate Speech in Germany