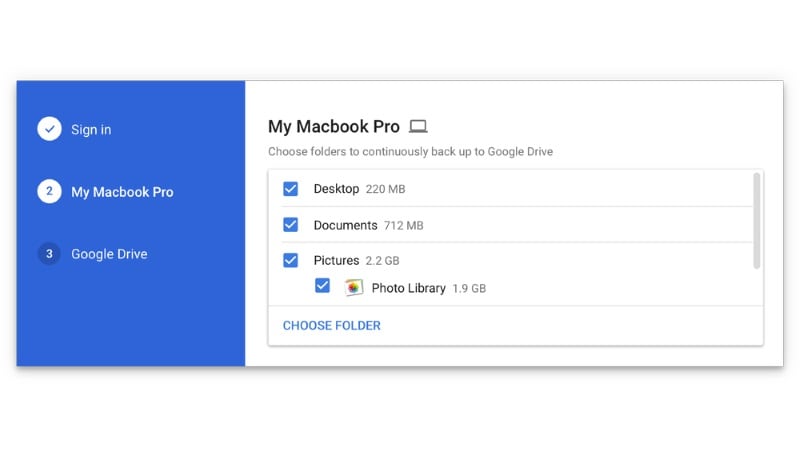 Remember last month when we told you that Google will be releasing a version of Google Drive - called Backup and Sync - that will allow users to back up files and photos from their computers onto Google Drive? This release was supposed to happen last month but it clearly didn't. Now, the search giant has finally made this tool available for download for both Windows and Mac users.

The Backup and Sync tool essentially replaces the both the existing Google Photos desktop uploader and Drive apps for Mac and Windows, as pointed out by the search giant in its blog post. "Just choose the folders you want to back up, and we'll take care of the rest," Google said.

For those who are unaware, the new backup tool is different from the standard Google Drive desktop app as with Backup and Sync, users will be able to choose folders that they want to backup instead of having to place them inside the Drive folder.

Google already clarified last month that the new tool is aimed at end consumers and the business consumers were advised to continue using Drive for Mac/ PC until its new enterprise-focused solution, Drive File Stream (currently in EAP), is made available widely.

With the Backup and Sync tool, users can backup files from their entire computer, from phone, various SD cards, and their digital camera among other sources. It can be downloaded from both Google Photos (download) as well as Google Drive.