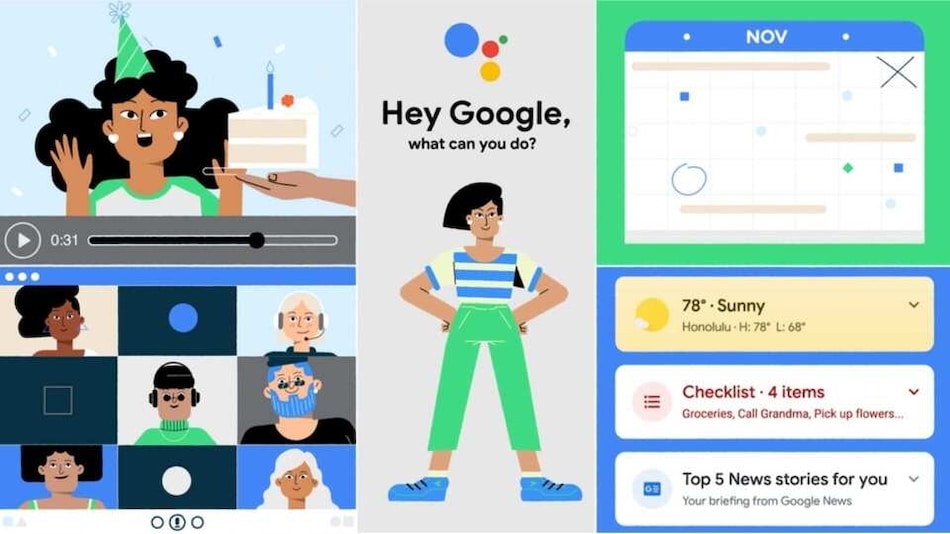 You can now do things like post on social media, order food, or call for a cab with just your voice

Google Assistant is extending voice commands to Android apps. Now, you can say “Hey Google,” to not just open, but even perform specific tasks within the apps. Google has added this feature to around 30 of the top apps on Google Play, available in English globally, and will be extending it to more apps soon. This feature has already started rolling out. The tech giant also added two new English voices to Google Assistant; it used an improved prosody model to make the voices sound more natural.

With this greater integration of Google Assistant with Android apps, you can now do things like listen to music, post on social media, order food, call for a cab, and more, with just your voice. You can also create custom shortcut phrases for your most common tasks, using Assistant. For example, you can create a shortcut to simply say, “Hey Google, lace it,” instead of “Hey Google, tighten my shoes with Nike Adapt.”

“People do a lot more with their apps beyond simply opening and searching within apps, and we want to enable voice commands to those frequent tasks, too,” said Adam Coimbra, product manager at Google, in a blog post.

You can listen to a sample of one of the two new ‘natural' sounding voices Google has added to Assistant over here.

Google introduced these new features, and more, on Google Assistant Developer Day. The search giant said that it wanted to make Android and apps more useful and convenient. It said the new app actions built-in intents will enable Android developers to easily integrate Google Assistant with their apps, and also help users to easily discover and engage with Android apps.

You can do things like ask Google to check the news on Twitter, find a playlist on Spotify, start your run with Nike Run Club, send a message to someone on Discord, open a celebrity's story on Snapchat, with just your voice now.

Google also plans on rolling out CVC entry as a payment authorisation option for Smart Displays in early 2021.

Samsung Galaxy A42 5G Specifications Detailed Over a Month After Launch