Google Assistant will also be bringing the ability to watch the news in Hindi soon. 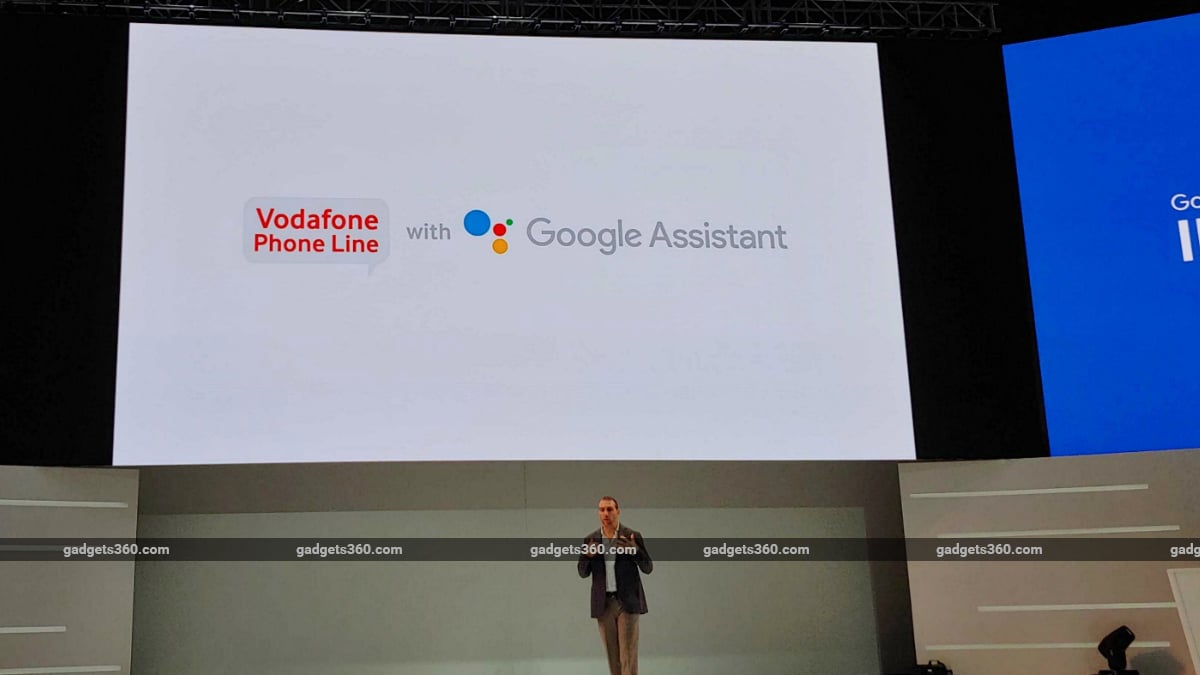 At the Google for India 2019 event today in New Delhi, the tech giant has announced several new India-centric features for the Google Assistant. The voice assistant has integrated several local third-party apps like Ola Cabs, HealthifyMe, Faasos, FreshMenu, and more to enable quick app-based actions. A few upcoming features were also headlined like Interpreter Mode that does real-time translation and quick voice-based language change commands as well. Possibly the biggest announcement was the Vodafone Idea phone line with Google Assistant feature that enables users to activate Google Assistant even without an Internet connection.

Talking about the new Phone Line feature first, Google has now partnered with Vodafone Idea to offer the benefits of voice search without the need for data or an Internet connection. Vodafone and Idea subscribers can now dial the toll-free number 000 800 9191 000 to activate Google Assistant. They can then ask the voice assistant any question, and the answer will be relayed by Google Assistant, in the same manner that it does on the phone. This feature can be used from any phone in India, on any connection – even 2G. This is because the Vodafone Idea Phone Line with Google Assistant feature works without an Internet connection, and it should prove to be extremely useful in low connectivity areas.

Google also announced that the Interpreter mode will be launched in India soon, for both Android and Android Go users. This feature was announced at CES this year, and it will enable real-time translations in English and Hindi using Google Assistant. The exact launch timeline for this feature hasn't been announced yet. As mentioned, Google has also integrated several local third-party apps into Google Assistant to enable quick app-based actions. For example, you can order food from Dominos, call a cab from Ola, or check your calories burnt on HealthifyMe – all by triggering the voice assistant. Apps like Faasos, Firangi Pani, Kotak, and more have also been integrated.

Google Assistant will also be bringing the ability to watch the news in Hindi, with a simple ‘Ok Google, Hindi news' voice trigger soon. The ability to read, listen, and watch news in HIndi will be available on Android Go, Kai OS and Android phones. It now, also allows users to change the language of the Google Assistant by a simple voice command i.e. “Ok Google, Hindi bolo.” Separately, Assistant will also soon be available in Hindi on Android TVs. Google says that Hindi is the second most used language on Assistant, after English.

Additionally, Google revealed that it will add three more Indic languages to its Search by the end of this year.