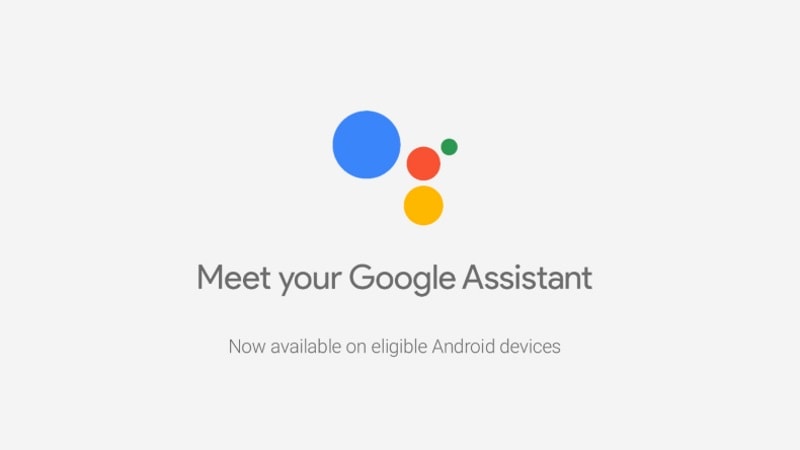 At MWC 2017, Google has announced plans to make its Google Assistant - the AI-powered virtual assistant that made its debut with the Google Pixel smartphones - available on a wider range of devices. Smartphones such as LG G6, Moto G5 and Moto G5 Plus will come preloaded with the digital assistant, those with other Android Nougat and Android Marshmallow devices with not have to wait too long either as the official Google Assistant rollout has started.

Google has announced that Google Assistant has been made available on "eligible Android devices" starting Thursday. The virtual assistant will be made available first for users in the US followed by Australia, Canada, and the UK.

"Your Google Assistant helps you get more done, in your world. And starting today, it's rolling out to Android 7.0 Nougat and Android 6.0 Marshmallow devices with Google Play Services. To get started, touch and hold the Home button," Google said in its official blog post.

Notably, users will not have to download an app for the feature as Google Assistant will automatically show up on the eligible devices and will essentially replace Google Search. In order to launch Google Assistant, users just need to long-press the home button.

Google Assistant had been long tipped to come to the non-Pixel smartphones before it eventually made it in the alpha release alpha release of version 6.13 of the Google Search app (aka Google app) last month.

Considering that Google Assistant has received positive feedback from critics and users alike, it might end up making a strong case in favour of Google's mobile platform. Google Assistant's ability to make contextual conversations and improve over time has provided it with favour from certain critics even on comparison with Apple's Siri, which can be considered a veteran player in this field.