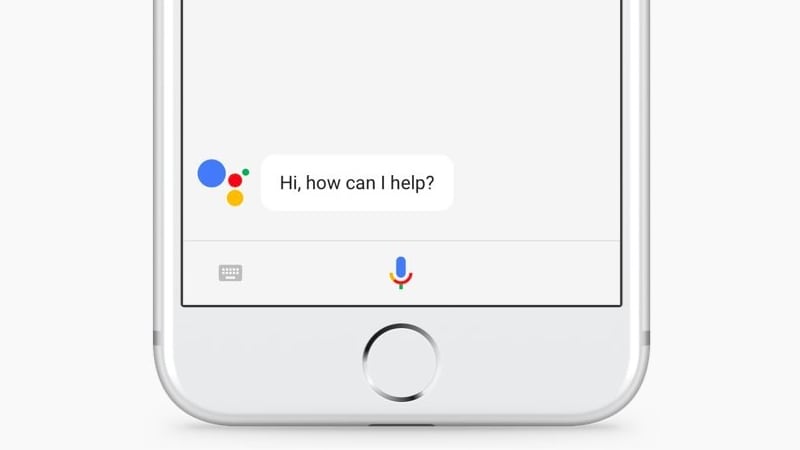 Google I/O 2017 saw several announcements at the Google Keynote on Wednesday. The Internet search giant primarily focused its keynote surrounding its efforts in machine learning and AI with Google Assistant taking centre stage. The Google I/O 2017 announcement about Google Assistant heading to the iPhone was expected, and the Vice President of Engineering, Scott Hoffman, took to the stage to announce Assistant is indeed coming to to Apple's iOS platform.

Assistant's integration with Apple's iPhone can be seen as somewhat counterproductive to Apple's effort with its own AI, Siri. But bringing Assistant to the iPhone as of now seems to be mostly limited to Google's own productivity apps available on the App Store.

'The Google Assistant' for iOS is now available via the App Store, and compatible with iOS devices running iOS 9.1 and above. Unfortunately, at launch, it's only in the US. The feature list reveals it is about as powerful as Siri, but not as powerful as Google Assistant on Android. It can make quick phone calls, send text messages, send emails, set reminders, set calendar events, play music, navigate to places, and provide answers to queries, such as - "Will I need an umbrella today?". Apple's API restrictions prevent Google from adding features to native apps, like setting alarms, or mapping the Assistant to the Home Button.

Assistant over the past year has improved on its conversational abilities. The AI is able to recognise natural language and contextual meaning to understand and interact naturally with the Assistant. But Google doesn't want to stop there. Hoffman announced that Assistant will now be able to understand typing and over the next few months you'll see some more nifty Assistant features.

Google Assistant will also be able to schedule appointments and add reminders through Google Home, make hands-free calls with Home, and see visual responses from Assistant on your TV through Chromecast. Additionally, you'll be able to use Spotify, SoundCloud and Deezer with Google Home. Bluetooth support for Google Home will let you play audio from iOS and Android.

Google will also be bringing proactive notifications to Google Home which will enable Assistant to notify you without you having to ask. The company is also bringing Google Home to Australia, Canada, France, Germany, and Japan while Assistant will be available for Android phones in Brazilian Portuguese, French, German, and Japanese.