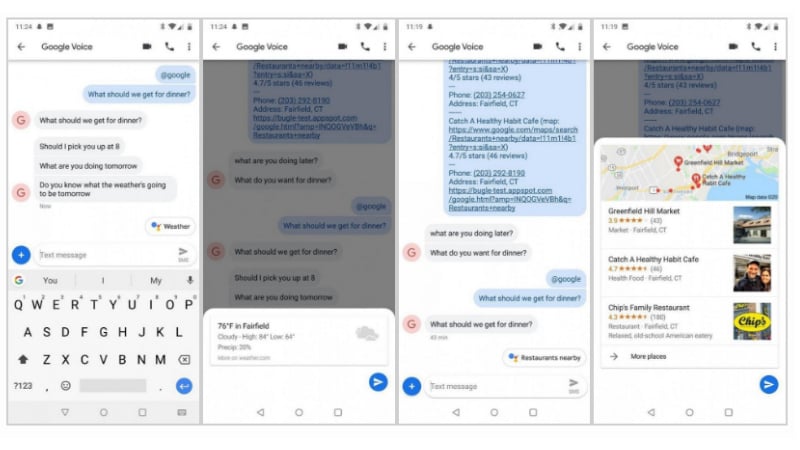 Google Assistant is also integrated into its Allo app.

Developer Kieron Quinn of Mighty Quinn Apps first enabled this support in Android Messages, and XDA Developers were able to test it out as well. They were able to ask Google Assistant to show the weather and recommend restaurants nearby as well. It seems to work in a similar manner as it does on Allo, and it makes us wonder if Google is bringing all Allo features to Android Messages, and killing off Allo altogether.

A few months ago, Google also confirmed that it is "pausing investment" in its Allo app, and is transferring the entire workforce to other projects and shifting all resources to the Android Messages team. The tech giant also announced its long awaited RCS-based SMS replacement platform called Chat - a "carrier-based service" that will be turned on by default inside the Android Messages app. While it is set to take on the likes of WhatsApp and Telegram, it will not offer end-to-end encryption as it follows SMS-like legal intercept standards. With the help of Chat, Google can now include several smart features inside Android Messages like Smart Replies, GIFs and stickers, Google Photos integration, better message search, group chats, a Web interface that's similar to the WhatsApp's - using a QR code to sign in, and the above tested Google Assistant support.

Apple Said to Partner Simply Mac for Authorised iPhone Screen Repairs in the US
US Democrats, Tech Vendors Stop Cyber-Attack Aimed at Campaigns