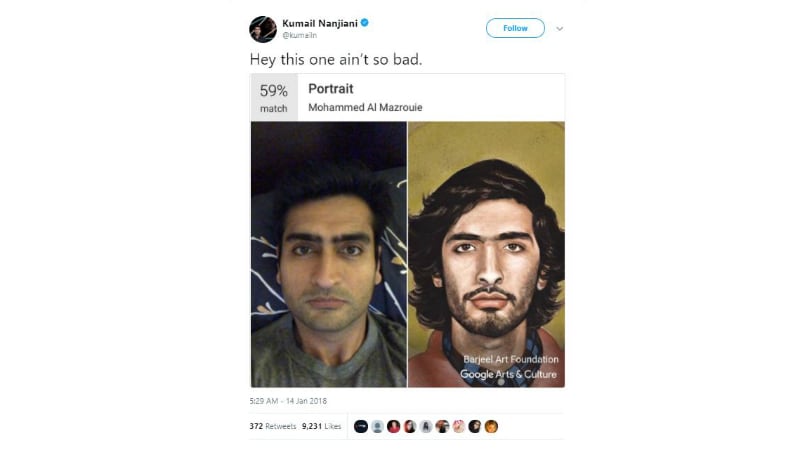 Google is upgrading its Arts & Culture app to offer a new feature that makes use of facial recognition. The app can now finds if your selfie has a similar vintage portraits sitting right out of a museum. Google Arts & Culture has collaborated with more than 1,200 international museums and galleries from 70 countries. The app took the number 1 free app spot on Google Play in the US soon after the update.

As we mentioned, the Google Arts & Culture app now has a new feature that lets you match your self portrait with a famous one from an international museum. Once matched, the app will also show the author of the painting along with the museum it comes from. With the latest update to the app on Google Play Store and Apple App Store, this new feature has been introduced (for select locations) alongside some bug fixes and minor improvements. The feature doesn't work in India however.

Google uses pattern recognition to recognise faces and provide similar portraits from its database, which has been procured from museums and other institutions. "For example, a computer might be trained to recognise the common patterns of shapes and colours that make up a digital image of a face," said Google's official webpage describing pattern recognition. "The same pattern recognition technology that powers facial detection can help a computer to understand characteristics of the face it has detected. For example, there might be certain patterns that suggest a face is wearing a beard or glasses, or that it has attributes like those."

The Google Arts & Culture app also offers the ability to experience artworks from institutions around the world. A subsequent update also allowed the app to be compatible with Google Cardboard, offering an immersive VR experience. With 'Art Recognizer', the app also lets you point your phone's camera at an artwork to get information about it.

Razorpay Raises $20 Million From Tiger Global, Others
Apple Has No Plans for a Major Upgrade to MacBook Pro in 2018: Report