Android Messages for Web Finally Starts Rolling Out: Here's How to Use Google's Latest Feature 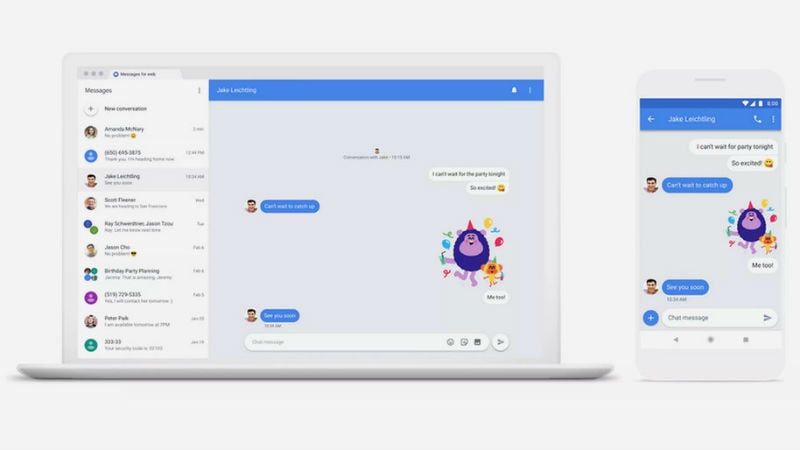 Google is officially rolling out Android Messages client for Web after months of rumours, and a couple of months after an announcement on the company's part. With the latest update, sending and receiving SMS and RCS (Rich Communication Services) messages from a PC will become easier for Android users. Google has informed that the new feature is now rolling out and should be available globally by next week. With desktop support for Android Messages, Google is finally taking on Apple's iMessage service.

Android Messages is Android's official app for texting (SMS and MMS) and chat (RCS). In April, Google's plans for turning Android Messages into something of an iMessage competitor were revealed. Google on Monday announced Messages for Web as a brand-new feature for Android Messages. As per Google's blog post, text, images, and stickers are all supported on the new Web version. This is Google's first major step toward "Chat", the company's addition of Rich Communication Services (RCS) inside Android Messages. It also makes Android Messages compete with apps like WhatsApp and Facebook Messenger, both of which are chat apps with desktop versions.

Meanwhile, Google mentions in a support page, "Your latest conversation threads, contacts, and other settings will be encrypted and cached on your browser." Also, if you don't use your Messages account for 14 days, you will automatically be signed out.

Notably, besides checking all your past messages and creating new ones, you will also be able to receive desktop notifications on the Web. Supported browsers at launch include Chrome, Firefox, Safari, and Microsoft Edge, Google has noted.

Google has also announced four other new features in the Messages app. It now comes with integrated GIF support so you can search and send GIFs in the Messages app. It has a Smart reply feature that suggests text or emoji responses to incoming texts. Users can also preview links within conversations. Also, Google has made it easier to copy and paste passwords and verification codes that are sent via texts. This means when you receive a message with a one-time password or code you can save time by copying that password directly from the message with a tap. Many of these features were announced when the company revealed its upcoming Android Messages overhaul in April.