Google Allo Finally Gets a Web Version, But It's Available Only for Android 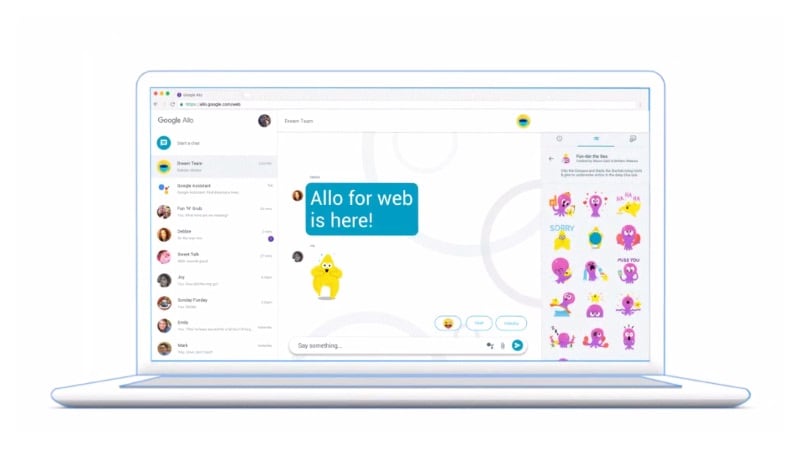 Back in February this year, Nick Fox, VP, Communications Products at Google, announced that the search giant will be releasing a Web client of the Google Allo app. Now, after a few hiccups in between, the company has finally introduced Allo for Web for Android smartphone users utilising the desktop Chrome browser. While the Web client currently doesn't support iPhone, the company says it is coming soon too.

In order to use Allo for Web, you first need to head to the URL: https://allo.google.com/web on your Chrome browser. Then, you need to open the Allo app on your Android smartphone and head to the menu and look for Allo for Web option. Then, you just need to scan the QR code present on the aforementioned URL with the smartphone and start using the desktop client of the Google Allo app on Chrome.

Notably, the Web client for Google Allo is exclusively available for the Chrome browser. As the Allo app makes use of Google Assistant, this is the first time that the search giant's digital assistant is coming to desktop, as pointed out in a report by The Verge.

Importantly, there are still certain functionalities that are only available to users through the Google Allo app. These include switching or removing Google accounts, adding or removing members from existing groups, notification and privacy settings, and data backup option.