Gmail 'Save to Photos' feature works only for JPEG formats as of now. 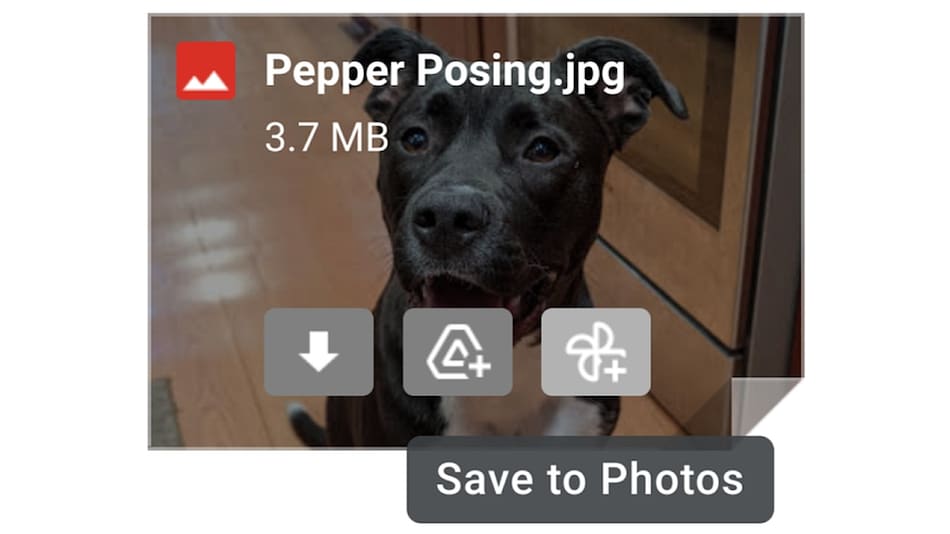 Gmail's 'Save to Photos' button appears on attachments

Gmail will now allow users to save photos sent as attachments directly to Google Photos with the new 'Save to Photos' button. However, the new feature is compatible only with pictures sent in the JPEG format for now and there is no information about when other formats will be supported by this new feature. This is a useful addition to Gmail by Google, especially since they removed the sync between Google Photos and Google Drive in 2019. Gmail users could earlier save any attachment directly to their Google Drive, which they can no longer use for saving photos and videos.

Google introduced the new feature through its Workspace blog. As mentioned, the new feature by Google allows Gmail users to save photo attachments directly to Google Photos using the new 'Save to Photo' button. The button co-exists with the 'Add to Drive' button on an attachment or while previewing it. Up until 2019, Google Drive and Google Photos were synced to work together but the search giant changed this in a bid for 'simplicity.'

The new feature reduces the need for users to download JPEG images and manually back them up on Google Photos. However, media in other image and video formats would still require to be manually uploaded to Google Photos for organising them in albums or backing them up on the cloud.

"This feature will be ON by default. For an eligible photo, you can choose the Save to Photos button which is alongside a similar option to Add to Drive," the blog reads. Google has also provided detailed information on how to upload files and folders to Google Drive on its support page.

The rollout of the 'Save to Photos' feature will be done gradually using the Rapid Release and Scheduled Release domains. Users in the former domain will have started receiving the update from May 26, while users in the latter domain would start getting it a week later. Google says it can take up to 15 days for the feature to show up for all Gmail users.

Additionally, the feature will be available to all Workspace users as well as G Suite basic and business users. Users of personal Google Accounts will also receive the new 'Save to Photos' feature.