Gmail for iOS Gets Anti-Phishing Security Checks Like Android 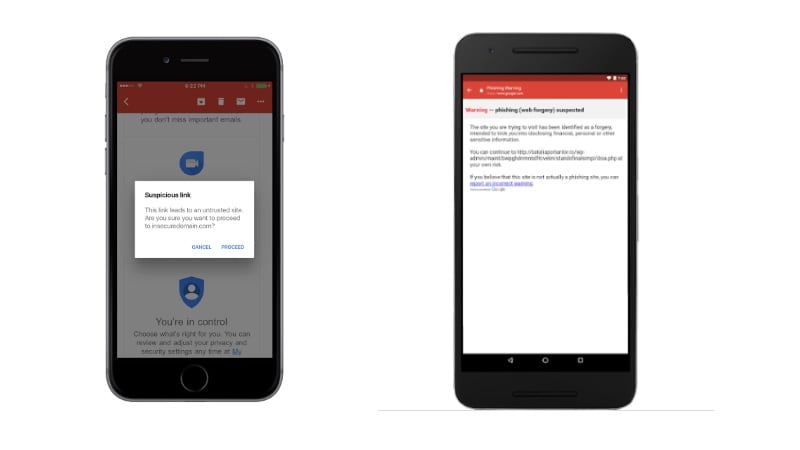 Earlier this year, Google introduced anti-phishing security checks for Android version of its app that will warn users against opening suspicious links. This move from the company, incidentally, came right after a phishing scam spread widely on the platform and tricked people with what appeared to be Google Docs links inside Gmail. Now, months later, the search giant has introduced the same checks on iOS version of its app as well.

From now on, when you click on a suspicious link in a Gmail message on either iPhone or iPad, the app will show the warning that would tell you to exercise caution before opening the link. "We recommend that you use caution before proceeding, because the link is likely unsafe. Only proceed if you're confident there's no risk," the company said in its post.

If the user still chooses to open the link that the app knows is dangerous, it will take them to a different page that will warn against visiting the original URL. As you might have understood by now, these warnings are just in place to safeguard users against the phishing attacks and protect their account from mails with suspicious links.