Gmail for Android Gets Oauth Support for Yahoo, Microsoft; Inbox by Gmail Updated

Google has started pushing out an update for its Gmail for Android app that enhances the security for third party accounts. Additionally, Inbox by Gmail, Google's email management app, has received an update that adds two new shortcuts for writing an email and setting a reminder.

Announcing the Gmail for Android update via a Google+ post, it announced support for Oauth for all Yahoo and Microsoft accounts. Google says Gmail' Oauth support adds an extra layer of protection and allows security features such as two-step verification and account recovery. For the uninitiated, Oauth is an open standard for authorisation and allows an app to access a service without sharing actual credentials.

The new update should start rolling out to Gmail for Android over the next few days and also comes with several bug fixes and performance improvements. The updated app is not yet listed on Google Play India.

In other news, a Inbox by Gmail app update has started rolling out, adding shortcuts for Compose and Reminders to home screen. 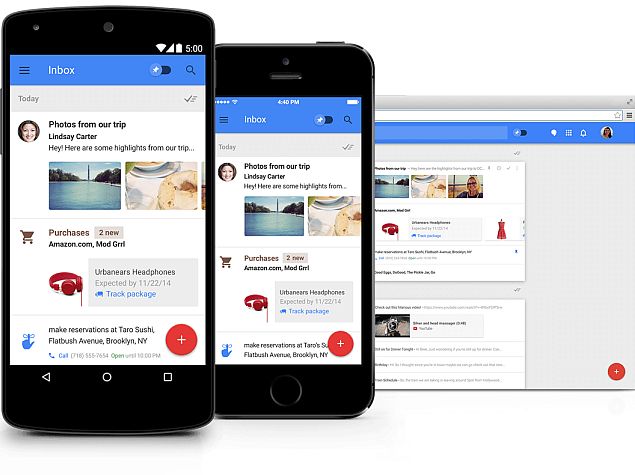 Notably, Google Play in India still lists the older updated version of Inbox with the app updated on Wednesday. Impatient users can however download the Google-signed apk (via Android Police) instead of waiting for the rollout to their region. Inbox recently also rolled out new features to delete and add a signature.

To recall, Google also pushed out a minor update last month for its Gmail app for Android, which brought several small features, while bumped the version number up to v5.2.