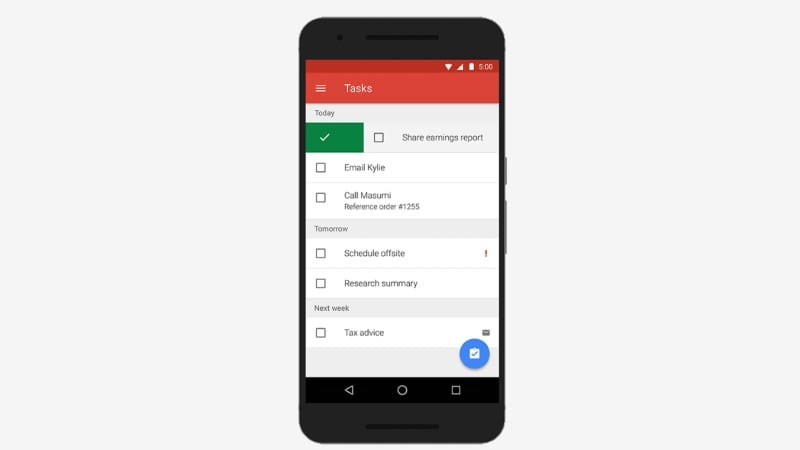 Prior to this update, there was just one app shortcut available that allowed users to compose a new mail message, as pointed out in a report by 9to5Google. Even though this shortcut still exists, now it is accompanied by shortcuts for up to three email accounts. The app shortcuts can be dragged to the homescreen and therefore make it easier to gain access to different mail accounts.

As per the report, the order of the accounts is determined by the last three accounts that you interacted with inside the app.

Coming to the second addition to the app, the search giant has added the support for Exchange Tasks inside the Gmail app with the latest app update. "This new feature synchronizes your tasks with Exchange so you can always stay on top of your task list, even when you're on the go. You can create a task, edit its date or priority, and flag an email as a to-do for later response," Google said in its blog post.

The company says that the Gmail app on Android is enterprise ready and can be deployed securely.

"With a unified tasks list, we've made it easy for you to focus on your important tasks and check things off the list once you're done. The simple swipe to mark as complete can be just as rewarding," the search giant added.

The Gmail app update for Android is already rolling out and is available from the Google Play store.

Ditch Computers to Save Democracy, Says Ethical Hacker
Uber's CEO Says 'I Need Leadership help.' What Should It Look Like?