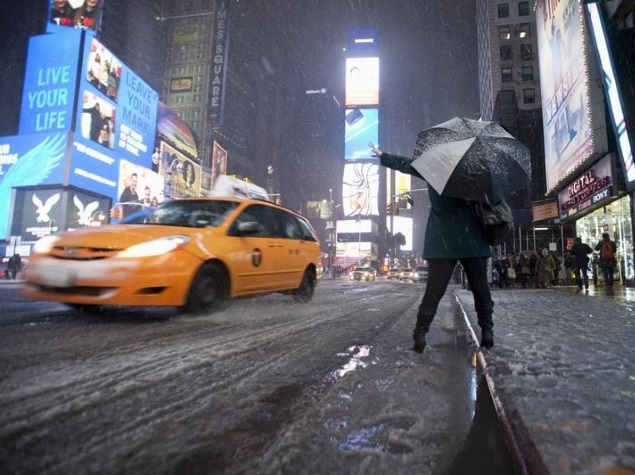 A German regional court on Wednesday issued a nationwide ban on online taxi service Uber, barring it from operating commercial services and levelling stiff fines for any violations of the country's local transport laws.

Each violation of the order against Uber and its uberPOP online service was subject to a 250,000 euro ($264,825) fine, a three-judge panel of the Frankfurt regional court ruled.

An Uber spokesman said the company expected to appeal the court's decision.

"We regret today's decision by the Frankfurt regional court to prevent Uber from contributing to better and cheaper individual mobility," Uber Germany General Manager Fabien Nestmann said outside the courtroom.

"We will not give up on the German market: our UberBLACK and uberTAXI services remain unaffected by today's judgment," an emailed statement from the company said.

It also said it was working on a new alternative ridesharing service designed to comply with the court's interpretations of existing German laws.

The case, brought by German taxi operator group Taxi Deutschland, is one of more than a dozen lawsuits which have been filed in countries across Europe in recent months against the San Francisco-based company.

Dieter Schlenker, chairman of the Taxi Deutschland cooperative, hailed the decision as a move that would protect professional taxi drivers from competition by unlicensed casual workers employed by Uber.

"What does is mean for the 255,000 taxi drivers and employees in 700 radio taxi control centres? It means legal certainty. 255,000 real jobs and taxpayers will remain in Germany," Schlenker said following the ruling.

Tough questioning
Earlier, during a court hearing before a three-judge panel, Uber attorneys faced intense questioning by the judges, who said the company violated both German and European laws.

Presiding judge Joachim Nickel said during the hearing that Uber violated German laws on commercial passenger transportation since its drivers did not have the right kinds of licences.

"There is a violation of the passenger transport law because drivers operate without authorisation," Nickel said.

Uber, which enable users to summon taxi-like services on their phones, is under fire from taxi operators and city officials across Europe who allege that the service breaches licensing laws governing professional taxi drivers and informal ride-sharing arrangements.

Attorneys representing Uber denied it was subject to rules governing taxi operators, claiming that the company merely acts as an exchange connecting drivers with clients.

In response, Uwe Eilers, a second judge on the three-judge panel, said: "In that case, you should include in your business description that Uber offers rides for free."

Taxi industry groups and some taxi drivers complain that Uber unfairly bypasses local licensing and safety regulations by using the Internet to put drivers in touch with passengers. However, many licensed taxi drivers work with Uber as a way to supplement their existing incomes.

Uber offers a range of local transport options from professional limousine services to informal ride-sharing options. UberPOP, an online service that links private drivers with passengers via their mobile phones, is the target of many of the lawsuits.