Gboard can automatically single out dates, time, links, and numbers from large texts. 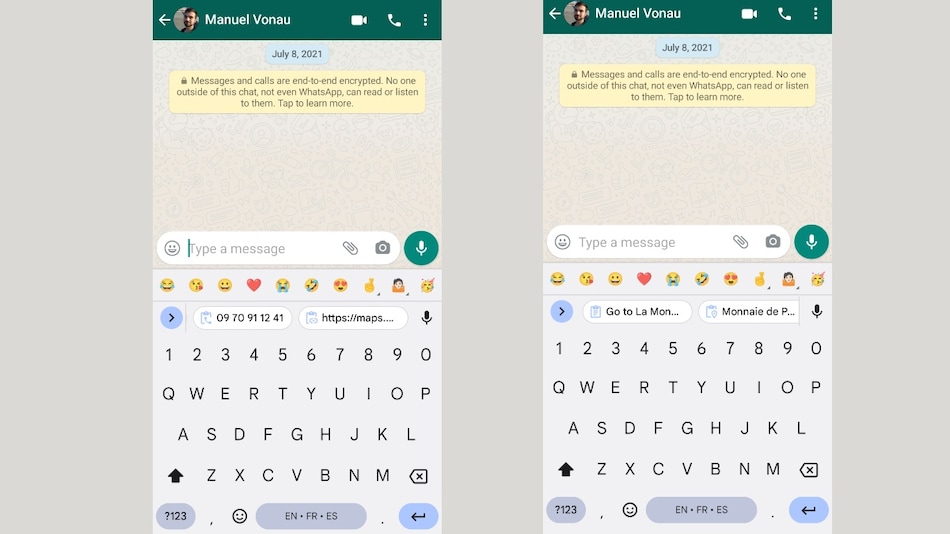 Gboard update was reportedly rolled out to Pixel phones in June

Gboard, the virtual keyboard app developed by Google, will now offer important parts to paste from the copied text, as per a report. Bits like links, dates, times, and numbers are automatically detected by the newest version of the app. Currently said to be in beta, this functionality will help users quickly paste and send important bits from large texts without having to delete the unnecessary parts. The keyboard will also reportedly offer to paste the full text that you copied, just in case.

As per a report by Android Police, this functionality has been rolled out in Gboard beta v10.8.06. If you are a beta tester, you can enable it by going to Settings > Clipboard > Show recently copied text and images in the suggestions bar. In order to understand it fully, let's assume that you have copied a long text from a conversation, and want to send important information from that copied text to another person. Currently, you go to that receiver's name and tap in the text box in the keyboard by Google. You get an option to paste the full text in the suggestion box. From there, you delete the unnecessary text to send a particular information.

With the update in Gboard, when you copy the full text, you will be able to see multiple suggestions including an option to paste full text, or some important details. You can scroll sideways to select and choose the information you want to send to the receiver. Since the feature is reportedly in beta, there are some drawbacks. Android Police says that in case of time, if it is properly formatted as xx:xx (such as 20:15 or 11:45), it will be recognised accurately. However, if you copied a text saying “let's go for dinner at 8,” you'll get ‘8' as a suggestion to paste and send it to the receiver.

Reportedly, this Gboard feature was first rolled out to Google Pixel phones with the June Pixel Feature Drop update and is said to be available for other phones as well.