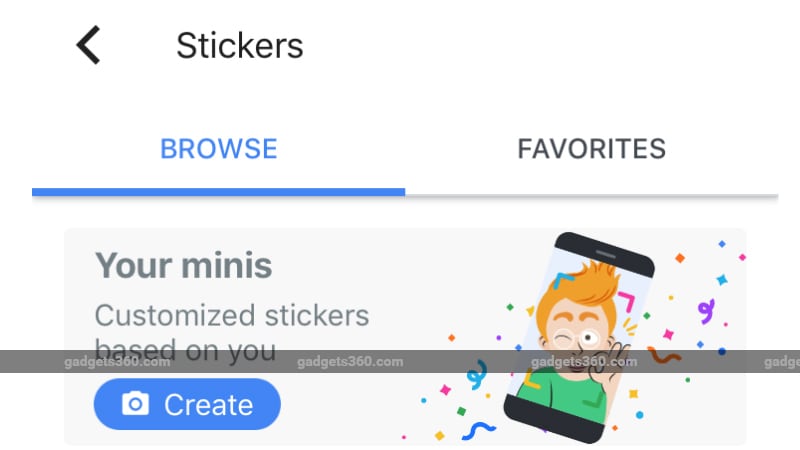 Gboard's 'Minis', the feature that is designed to transform your selfie into multiple stickers, is rolling out to Android users. Google announced the arrival of Minis on Gboard last month and following the formal announcement, the feature debuted on iOS. It is touted to use a combination of machine learning, neural networks, and artist illustrations to make stickers out of your selfie. Users can also customise various features, including face shape, eyes, eyebrows, and hairstyle. The fresh feature is a part of Gboard for Android version 7.5 and higher that can be downloaded directly from Google Play.

Once you've installed the updated Gboard app on your Android device, you can create your Minis by going to the stickers section from the keyboard and then find the 'Your minis' banner. After that, tap the Create button to capture your selfie and start making your stickers. The feature essentially provides you with two emoji stickers based on your selfies. You can customise these stickers as per your taste and preferences. Saving the customisations will bring a list emoji stickers that are segregated into two different packs, called Sweet mini and Bold mini.

Gboard Minis stickers are apparently inspired by Bitmoji that also creates stickers from your selfie. Originally, Minis were brought to Google Allo, where they were called Selfie Stickers. It uses machine learning, neural networks, and artist illustrations to bring new selfie sticker packs. Moreover, the feature ultimately gives users another reason to adhere to Gboard.