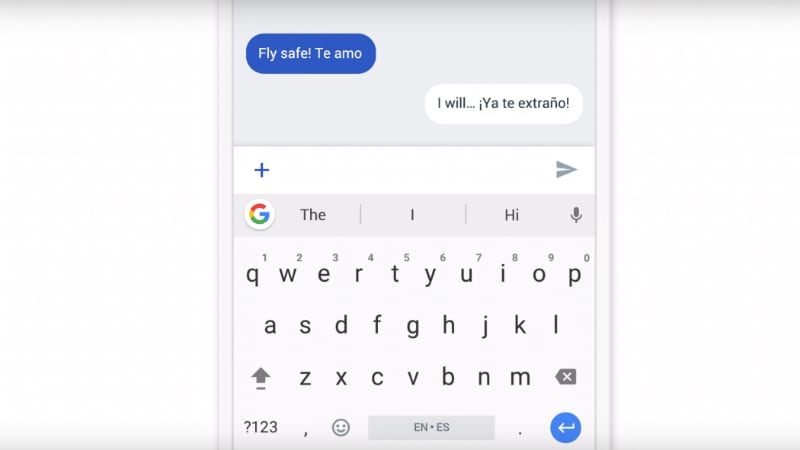 Gboard for Android has received a new update that brings the ability to add text to custom GIF images.

Gboard for Android has been updated with the ability to add a text to your custom GIFs. The updated Gboard app has also brought support for as many as 28 new languages such as Bagri, Batak Toba, Fiji Hindi, and Ge'ez among others. Google has also offered the option to let users search stickers in 15 additional languages. The updated Gboard for Android is available for download through Google Play. It comes weeks after Gboard received Morse code input on iOS. Google also recently improved Morse code support on Android to let users easily use Morse code to communicate through the virtual keyboard.

The prime feature that comes through the updated Gboard for Android is the option to add text to custom GIFs. Google brought a 'Make a GIF' feature to Gboard's Android app in May to let users capture up to three-second-long videos and use preset filters to create their GIF images. This has been expanded with the new text option that allows you to add a text on top of your GIFs and share them with your contacts. Since the GIFs created through the Make a GIF option can be used anywhere, including in apps such as WhatsApp and Google Allo, you can now share your words alongside your GIF images with any of your friends or family members on WhatsApp or Allo.

To add text, you first need to create a custom GIF image using the Make a GIF option on the updated Gboard app. Once created, you just need to tap the 'A' symbol on the top-right corner of your screen to start typing text overlaying your GIF. Google has provided solid colour options such as White, Black, Red, Yellow, and Green to let you highlight your text easily. After typing, you can send the GIF instantly by pressing the send button from the bottom-right corner. You can also re-record your short clip by pressing the undo button.

Once sent through the Gboard app, the custom GIF images with overlayed text can be re-used on any apps supporting GIFs. You can also save the GIFs to your gallery by tapping the save button from the bottom-left corner of your screen.

You can download the updated Gboard for Android by visiting Google Play. The new features can be seen in version 7.14.19.206421213.