Gboard for Android Gets AI-Backed Suggestions for Emoji, GIFs, and Stickers 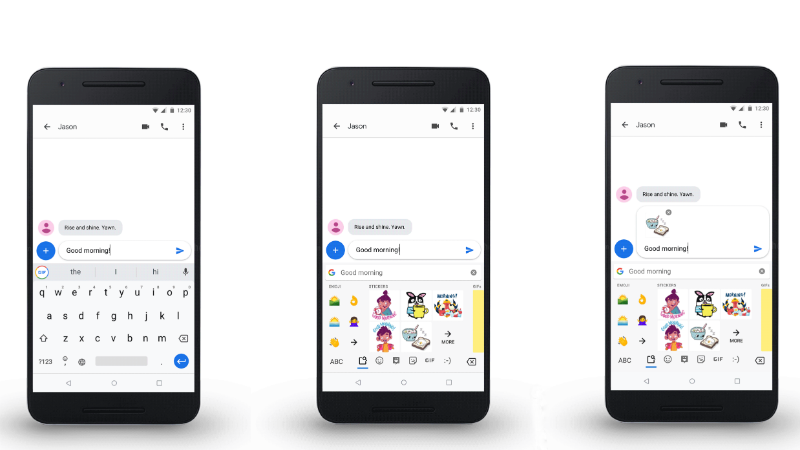 Gboard for Android uses on-device AI processing to suggest you with emoji, GIFs, and stickers

Gboard for Android has received an artificial intelligence (AI) backed update that brings the ability to suggest you with appropriate emoji characters, GIFs, and stickers based on your conversation. Google was spotted testing the new update with a small group of users back in September. It essentially makes it faster and easier to share your feelings in the form of stickers, GIFs, and emojis. The latest Gboard update also includes more than 40 new language varieties. It comes days after a beta version of Gboard for Android was spotted with a floating keyboard feature. That feature is designed to let users move the virtual keyboard to anywhere on the screen.

With the fresh AI treatment, Gboard suggests an emoji, GIFs, and stickers relevant to your conversation. The keyboard looks for the suitable content to match the text you've typed and then transforms Google's 'G' button from the top-left corner into 'GIF' icon to let you see a list of emoji, GIFs, and stickers that it finds the most relevant. This means, for instance, you're typing "Good morning" in a conversation, the updated Gboard will show all the available emoji, GIFs, and stickers highlighting morning feelings. Similar will be the cases when you type "Awesome" or "I'm sleepy". The feature was initially tested with a small group of users in September.

Google says that all these suggestions are private to each Gboard user and take place entirely on the device - without accessing any Web service to process the AI. This also helps make the experience fast enough as the feature doesn't require any high-speed connectivity to suggest you with relevant emoji, GIFs, and stickers.

Initially, the newest Gboard feature is making way for global users in English only. However, Google has plans to expand Gboard suggestions to more languages and more types of content.

Additionally, the latest Gboard for Android has the floating keyboard feature that was spotted on a beta version last month. The feature, similar to the floating keyboard functionality on SwiftKey keyboard, lets you move the Gboard around after undocking it. It enables the virtual keyboard to sit anywhere on the screen and resize to meet your requirements.

You can visit Google Play to download the latest Gboard for Android version. Alternatively, you can get its APK file directly from APK Mirror.