French Court to Rule on Uber Ban in New Challenge 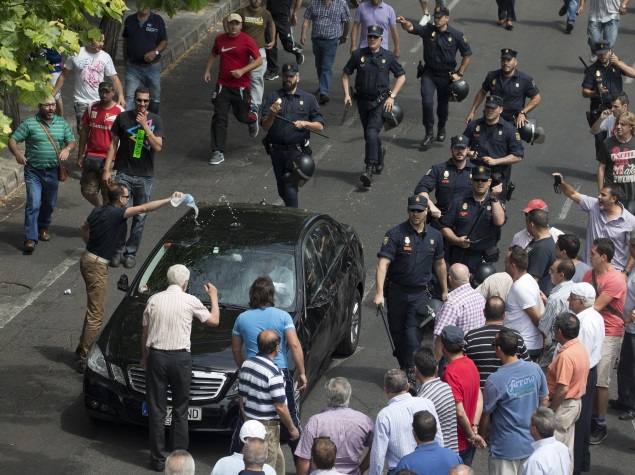 A French court is expected to decide Friday whether to ban the ride-hailing company Uber's service after a complaint from rival taxi and car services.

Uber's French contretemps is the latest in a string of challenges it and other ride-hailing companies such as Lyft face around the world, as taxi drivers argue the newer car services have an unfair advantage because they don't have to follow the same regulations and can afford cheaper prices.

Here are some other recent challenges Uber has faced:

Spain
A judge ordered Uber's temporary suspension in Spain, saying it represents unfair competition. The Madrid commercial court judge said this week in a preliminary ruling that Uber drivers lacked proper permits to transport passengers in Spain. The suspension was sought by Madrid's Taxi Association, which says it is planning legal action against Uber.

India
New Delhi police say there's a possibility of criminal charges against the company if police find evidence it misrepresented the safety of its service. A top government official has called for Uber to be banned nationwide after one of its drivers was accused of rape in New Delhi, which has already banned the service.

Netherlands
A Dutch court has ruled in a preliminary judgment that Uber must stop working with drivers who charge fares but do not possess a taxi license. The Commercial Appeals Court in The Hague sided with the Ministry of Transportation in saying that Uber's UberPop service violates current taxi laws, which are under review. The court rejected a proposal by Uber to allow UberPop to operate until the actual case is decided - a process likely to take more than a year.

Illinois
Uber is cooperating with Chicago police in an investigation into a customer's report that she was sexually assaulted during a ride last month. The woman told police an Uber driver picked her up at a bar, asked her to get in the front seat and attacked her during the ride. The driver was working on the company's low-cost UberX platform, in which customers use their smartphones to hail rides from individuals who drive their own vehicles.

The state House and Senate this month approved legislation creating statewide regulations for drivers working with ride-sharing services. It includes modified insurance requirements, background checks and a zero-tolerance policy on drugs and alcohol.

Nevada
A judge granted the state's request last month for an order blocking the ride-sharing serve from operating unregulated in Nevada, saying Uber's refusal to comply with state licensing requirements could put the public's safety at risk. Nevada's attorney general filed a lawsuit in October arguing that Uber infringes on the franchise rights of taxi companies and cab drivers serving fare-paying passengers under state oversight.