Apple does not allow such alternative payment systems and removed Fortnite from the App Store and threatened to terminate Epic's developer accounts. 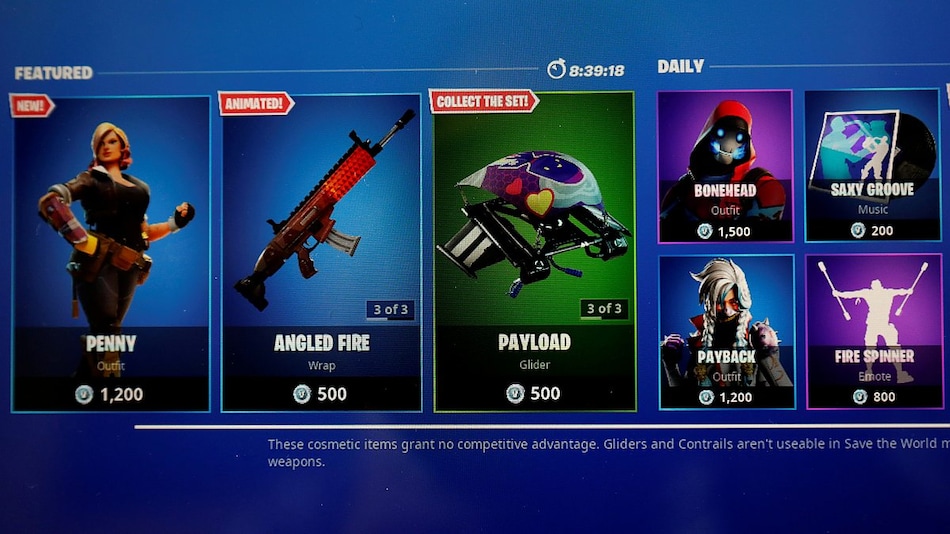 A federal judge in California on Friday ruled in an injunction request that Apple could bar Epic Games' Fortnite game from its App Store but must not harm Epic's developer tools business, which includes the Unreal Engine software used by hundreds of other video games.

"The Court maintains its findings from the temporary restraining order and hereby grants in part and denies in part Epic Games' motion for a preliminary injunction," District Judge Yvonne Gonzalez Rogers ruled.

Epic Games and Apple were not immediately available for comment on the ruling.

Last month, Epic Games had filed for a preliminary injunction that would put its game back in the App Store and restore its developer account after the iPhone maker terminated Epic Games' account on its App Store.

Epic sued Apple in August, claiming that the company's 30 percent commission on some in-app purchases made through its App Store, combined with Apple's controls over what apps users can download to their iPhones, constituted anticompetitive behaviour. The lawsuit came after Epic rolled out its own payment system in the popular Fortnite video game.

Apple does not allow such alternative payment systems and removed Fortnite from the App Store and threatened to terminate Epic's developer accounts, which would have affected Epic's other business of selling software used to create games.

Epic moved to stop Apple from taking both steps. The judge previously issued an emergency order that allowed Apple to pull Epic's titles from the App Store but barred the iPhone maker from taking any action that would harm Epic's developer tools.

"Epic Games has strong arguments regarding Apple's exclusive distribution through the iOS App Store, and the in-app purchase ("IAP") system through which Apple takes 30 percent of certain IAP payments", the judge said in Friday's ruling.

However, she added that Epic Games has not sufficiently addressed Apple's counter arguments. "The equities, addressed in the temporary restraining order, remain the same."