For WhatsApp, keeping things simple is both a draw and a handicap 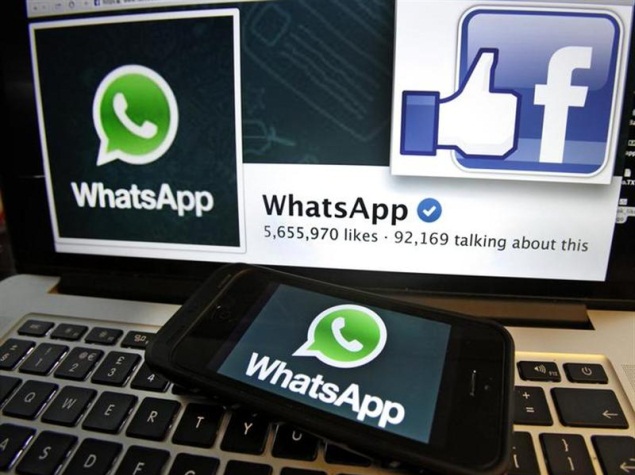 In recent years, a bevy of messaging apps has fought for global domination, with many boasting a lucrative combination of communications features, online shopping and games.

But this week, Facebook CEO Mark Zuckerberg spent a staggering $19 billion to buy WhatsApp, the contender with perhaps the simplest functionality and negligible revenue. WhatsApp, which has 450 million users, has stuck to basic messaging, but also a simple business model of charging users an annual subscription fee of just $1.

Zuckerberg's bet may ultimately prove to be a strategic masterstroke: shutting rival Google Inc out of an upstart phenomenon with a unique "mobile graph" and gaining swathes of users - and their data - in emerging markets.

Wall Street cheered the deal on Thursday, but for many Silicon Valley insiders the price tag proved difficult to swallow, especially if WhatsApp's business model and product roadmap doesn't evolve under Facebook's stewardship.

"It's going take a while to build up the value from that acquisition, to say the least," said Jonathan Teo, an investor in picture-messaging phenomenon Snapchat, a WhatsApp rival.

Even assuming ideal conditions, it still outpaces Facebook's own valuation by a hefty margin.

WhatsApp makes just $20 million a year in revenue, according to Forbes. Supposing users hit 1 billion by 2016 as some industry experts have suggested, and every one of those pays the $1 annual fee - highly unlikely - it would still clock in at 34 times 2016 revenue, 21 percent costlier than Facebook's roughly 28 times expected 2016 sales.

Users not monetization
"You can justify all kinds of numbers if you wanted to, but to get there you ignore away plausible risks," said Brian Wieser, an analyst at Pivotal Research. "You can't just say, 'oh, it's a great strategic addition, done!'"

WhatsApp's moneymaking potential is clouded by the fact that CEO Jan Koum and Zuckerberg have both ruled out advertising as a revenue source, while Koum has prioritized refining basic messaging even as other rivals have branched out.

"They're dogmatic when the landscape is changing," said Eric Setton, the founder of Tango, a rival messaging app that offers games and the ability to share songs through Spotify, the music-streaming service.

In Asia for instance, Naver Corp's LINE, a Japanese messenger rumored to be preparing for an initial public offering, posted $338 million in revenue last year and now makes roughly 60 percent of its revenue from games on its platform. It also recently launched LINE Mall, an e-commerce bazaar.

In a conference call on Wednesday, Zuckerberg and Koum said they would focus on gaining users rather than monetization. Koum said he wanted WhatsApp to improve "unattractive" aspects of the app, like message delivery, its reliability or its battery usage, rather than flashy new enhancements.

(Also see: WhatsApp to remain autonomous, 'nothing' will change for users: CEO)

Jim Goetz, a partner at Sequoia Capital and WhatsApp's sole external board member, said Koum's contrarian attitude when it came to rejecting advertising and keeping the app simple was precisely what drove the company's explosive user growth.

"His approach has clearly had an enormous impact on the trajectory," Goetz said in an interview. "They're the largest mobile communications app and they have never spent a penny on marketing."

Reaching users
Even if WhatsApp doesn't immediately contribute to Facebook's top line, it provides undeniable strategic value to the world's No. 1 social network.

The acquisition buffers Facebook against a competitor that would pose a significant threat independently or, perhaps worse, as a subsidiary of a rival like Google.

According to Jana, a marketing and research firm, 55 percent of people surveyed in India said WhatsApp was their most-used messaging service, compared to 63 percent in Brazil and 78 percent in Mexico.

Even if WhatsApp remains a stripped-down messenger, its data could prove valuable to Facebook, particularly when twinned with the enormous trove of user info available on the social network.

For instance, it may give users the option to integrate twin accounts using the "FacebookConnect" authentication program. That accords insight into a user's location, messaging habits and likes - invaluable to Facebook marketers.

Because it requires a phone number for both the sender and recipient, and takes subscription fees,WhatsApp also boasts a unique "mobile graph" and distribution channel for content that is tied to people's phones - but also their wallets.

One of WhatsApp's biggest rivals, Tencent Holdings' WeChat - or Weixin, as it's known inChina - launched a feature for users to send money to other users if both parties link their bank accounts to Weixin. As a result, TenCent gained connections to 5 million new bank accounts over just two days.

(Also see: Four messaging apps vying to be the 'next WhatsApp')

Above all, Facebook, which has long sought ways to position itself at the heart of the smartphone experience - via efforts such as last year's ill-fated "Home" software release - finally has an entrée into communications, the core function of smartphones.

Craig Walker, founder of Grand Central, a voice-over-IP provider rebranded Google Voice after it was acquired, said controlling communication would tighten Facebook's grip over smartphone users even if it does not overtly monetize WhatsApp.

"For any large company looking to get into the hearts and minds of users, having that kind of product is pretty compelling," Walker said. "It increases my ties and affection to the provider. That's worth some financial value."