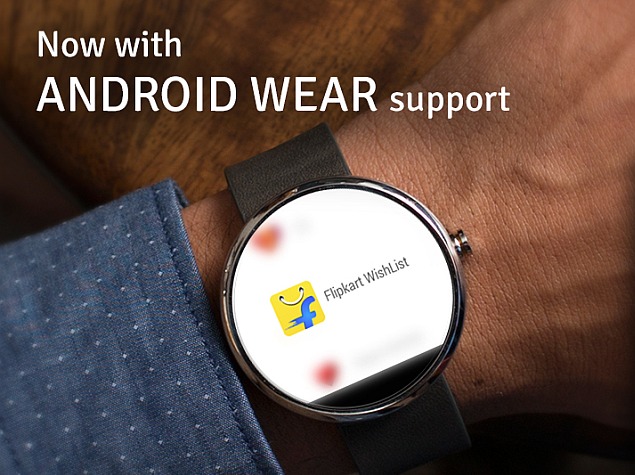 The firm also took the chance to remind users that the Moto 360 smartwatch is now back in stock with Flipkart, and added that an upcoming version of the Flipkart wearable app will also feature compatibility with smartwatches from Martian and Garmin.

Flipkart has had an eventful past couple of months, with the company setting sales record of sorts in India with its Big Billion Day in early October. The company said the site got a billion hits on the day of the sale, and the company achieved $100 million (Rs. 615 crores approximately) in sales (GMV) in 10 hours.

The Big Billion Day saw sales massive sales, however, it also saw many angry customers, with several alleging that Flipkart had increased prices of products leading up to the sale, misleading customers about the size of the discount. Users also faced other site-based glitches, including the website being inaccessible, out-of-stock issues, and cancellations. The founders apologised to customers via email.