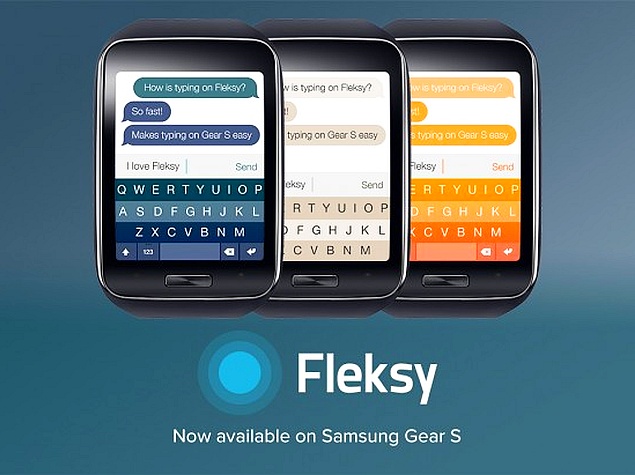 Fleksy, a popular third-party keyboard app, has announced that it will be arriving on the newly launched Samsung Galaxy S6 handsets and the previously launched Gear S smartwatch. The firm at the MWC 2015 trade show also announced a search extension powered by Yahoo for the keyboard app.

"We've given you world-class auto-correction technology and beautiful design, and in December we brought you the launch of branded themes and powerful feature customization options known as Extensions. So, partnering with the world's largest smartphone manufacturer to bring our keyboard to even more fans is very exciting for us," said the blog post during the announcement.

Smartphones aside, the firm will also be bringing its keyboard app to the Tizen-powered Samsung Gear S smartwatch. The keyboard design and layout stays the same but with a condensed look for the watch's smaller display.

The firm has also announced a search extension for its keyboard app. Yahoo, which powers the search extension of the Fleksy Keyboard app, says that the keyboard is opened for approximately 180 times in a day and a "contextual search on the keyboard can present a transformative experience." It is worth noting that Fleksy introduced its Extensions last year in December with Fleksy v5.0. Using the extensions, users could add and send gifs and make it work like an Android launcher.