Firefox Private Network has servers in more than 30 countries and the app can be used on five devices at a time. 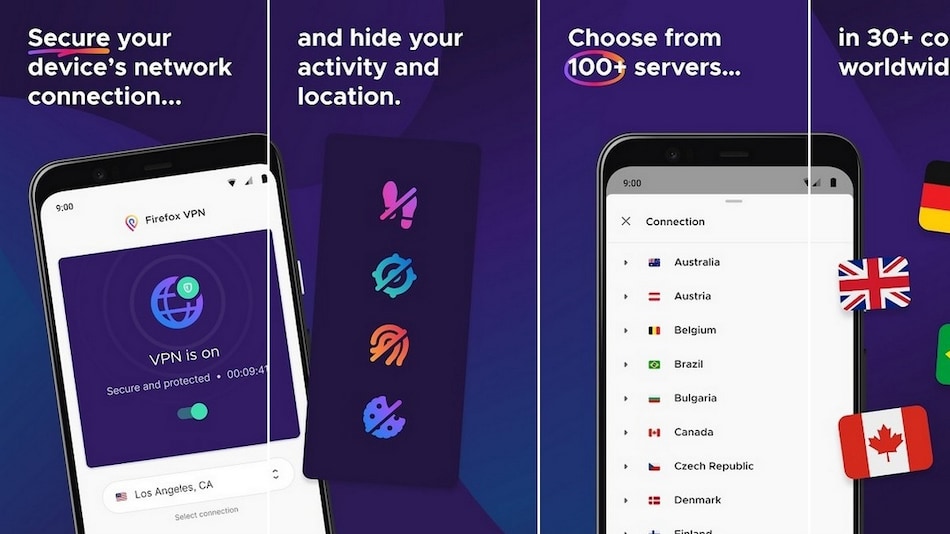 Mozilla has released an Android app for its own virtual private network (VPN) service that is currently in closed beta. Mozilla, the company behind Firefox, has been working to get into the VPN space and has now launched an Android app for its Firefox Private Network (FPN). The app is listed on the Play Store but is seemingly not available for download. Like the FPN service, the Android app is in beta as well. The store page states that with the app, users can protect the connection on their Android device while using any app.

The Firefox Private Network app comes with no bandwidth restrictions even when using public Wi-Fi. Since there is a waitlist, you will have to wait for an invite, after which you can download the app on your Android device or Windows 10 computer, connect to a server of your choice and start browsing.

So, why should someone go with Firefox Private Network?

The service boasts of its partnership with Mullvad which, according to FPN's website, is “committed to not monitoring or logging your browsing or network history.” Mullvad works on the newer WireGuard protocol that improves encryption and offers faster speeds. At the moment, a majority of the VPN services do not have support for WireGuard, as stated by Android Police.

Firefox Private Network was a result of Mozilla's revamped Firefox Test Pilot programme, as previously reported by us. The FPN feature went into testing last year. It started as a browser-based VPN and has now available via full-fledged Android and Windows 10 apps.