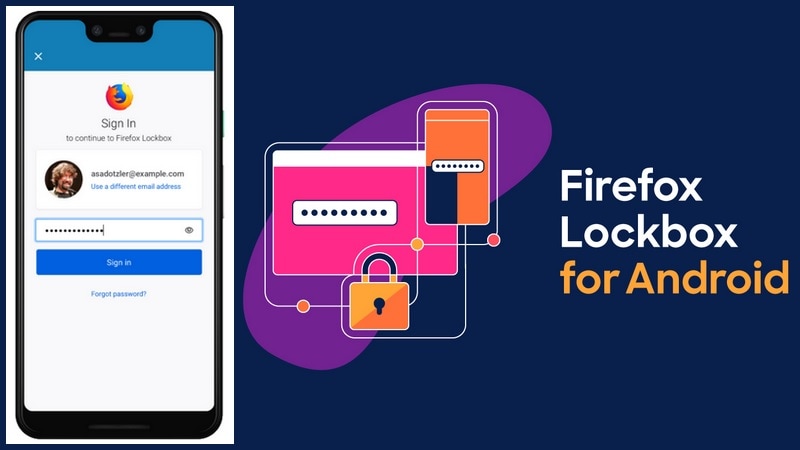 Firefox Lockbox password manager has finally got an Android version. After originally introducing the Firefox Lockbox for iOS last year, Mozilla on Tuesday announced the launch of the Android version in Google Play Store. Firefox Lockbox is a no-frills password manager that lets users access all the log-in credentials for various services and apps linked to their Firefox account. The app requires no extra setup and provides easy access to all the accounts stored on the Firefox browser, without having to manually import or transfer them to the app. The Firefox Lockbox app also allows users to add an extra layer of security by utilising face unlock or a fingerprint pattern to lock the app.

Firefox Lockbox was introduced back in July last year as part of Mozilla's Firefox Test Pilot programme and has so far been limited to iOS. Unlike its iOS counterpart, the password manager app comes to Android in a stable version. The Firefox Lockbox app for Android is free to use and can now be downloaded from the Google Play Store.

As we mentioned earlier, the Firefox Lockbox app allows users to access the passwords stored in their Firefox accounts. The app also supports auto-fill for added convenience and lets users specify the browser in which they want to open a website. The users can also secure the passwords stored on the app by protecting it with biometric authentication. An automatic timer is also present to lock the app for an added dash of security. On the technical side, the app employs AES-256-GCM encryption to safeguard the stored passwords.