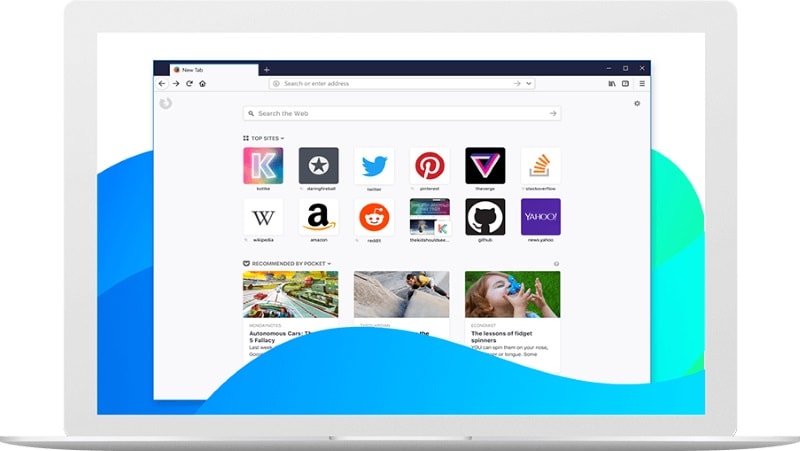 Mozilla on Tuesday launched Firefox Quantum, a faster, new version of the browser that the company says is twice as fast as previous versions, and uses 30 percent less memory than Google Chrome. The new version - Firefox 57 - is now available to download for Windows, macOS, and Linux. Android (v57) and iOS (v10.1) have their updates rolling out as well, but with not as many changes under the hood. Separately, Google has become the default search engine for Firefox in the United States and other regions, with Mozilla stunning Verizon Communication's Yahoo by cancelling their deal.

Let's start with the new features on Firefox Quantum. Apart from improvements in speed and memory management, the browser features Mozilla's new Photon UI. The UI is said to be designed around speed, and based on user behaviour. The browser engine is now also said to be more responsive, making tab switching faster.

Also new with Firefox Quantum is a built-in screenshot capturing and sharing tool, as well as the addition of Pocket Recommendations. Firefox's CSS engine has also received an overhaul with Quantum, and is now called Stylo - it's said to be optimised for power consumption. Notably, Firefox has now dropped support for legacy browser extensions, and has completely embraced the new WebExtensions API it introduced with v48. Extensions that have not yet been ported to this new API will not work any longer. You can check if the extensions you regularly use have made it to the updated list, otherwise, Mozilla has a replacement finder.

As we mentioned, not as many back-end changes have made their way to the mobiles version of Firefox. On Android, v57 brings the Photon UI, drops support for legacy extensions, and gets its own version of Google's Custom Tabs - allowing third-party apps to open Firefox browser pages. Notably, Firefox 57 for Android is rolling out slowly, but you can sideload the app via APK Mirror.

On iOS, Firefox v10.1 gets the Photon UI, search suggestions enabled by default, trending stories from Pocket in the new tab interface, a brand new 'no image' mode for faster loading times, and a highlights interface to quickly jump back to a previously viewed site.

Getting to the decision of switching search engines - Mozilla says it was with the motive improve user experience and performance.Google confirmed the move but declined, along with Mozilla, to disclose revenue-sharing terms of the multiyear agreement. Google's growing spending to be the primary search provider on apps and devices such as Apple Inc's iPhone has been a major investor concern.

The decision was "based on a number of factors including doing what's best for our brand, our effort to provide quality web search and the broader content experience for our users," Dixon said. "We believe there are opportunities to work with Oath and Verizon outside of search."

Yahoo had been the default in the United States, Hong Kong and Taiwan. Firefox did not have an official partner in Canada.

"We are surprised that Mozilla has decided to take another path, and we are in discussions with them regarding the terms of our agreement," said Charles Stewart, a spokesman for Verizon's Oath unit, which oversees Yahoo.

For a decade until 2014, Google had been Firefox's worldwide search provider. Google then remained the default in Europe while regional rivals such as Yahoo, Russia's Yandex and China's Baidu Inc replaced it elsewhere.

Former Yahoo Chief Executive Marissa Mayer won a five-year contract with Mozilla in 2014 when Firefox and Google's Chrome browser were battling for users.

Chrome's US market share has since doubled to about 60 percent, according to data from analytics provider StatCounter, with Mozilla, Apple Inc and Microsoft Corp browsers capturing the rest.

Yahoo paid Mozilla $375 million (roughly Rs. 2,450 crores) in 2015 and said that it would pay at least the same amount annually through 2019, according to regulatory filings.

Yahoo and Google aim to recoup placement fees by selling ads alongside search results and collecting valuable user data. Google said in October that contract changes drove a 54 percent increase in such fees to $2.4 billion in the third quarter.