FiftyThree Announces Mix, a Community for iPad Artists to Collaborate 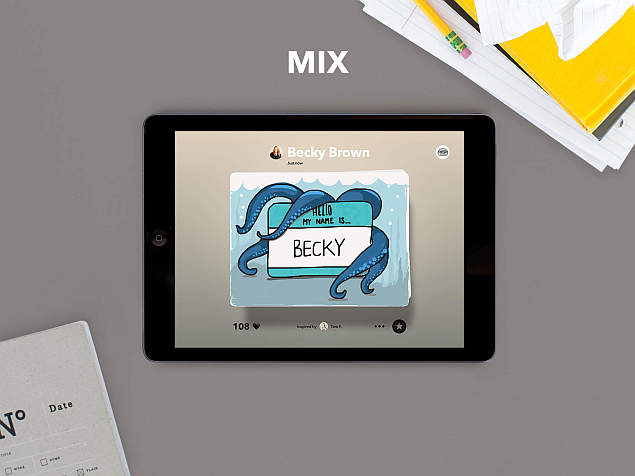 FiftyThree, the company behind the Paper app for sketching on iPad, has announced an online community for Paper artists. The community will allow people to post, edit and download each other's Paper sketches. This community is called Mix and will be made available to all the people who use Paper for iPad by the end of October. This community can be accessed from the Web as well.

The purpose of Mix is to enable people to collaborate without going through hoops. This community lets people create sketches, which could be outlines for colouring books or even the position of fielders for a cricket game, and share them online. Others can then download these sketches with a single tap and find them saved in a notebook within Paper for iPad. They can then make changes to it and share it back. This is called remixing a sketch by the firm.

An interesting feature is that Paper allows people to track changes on every one of these shared sketches. The Verge reports that people will be able to see how a sketch was created as the app gathers all the edits to a sketch in a stack-like interface. This might help artists improve their sketches on Paper, as the collaboration platform is likely to help them learn from the best.

The Verge report says the number of sketches and remixes will show up on a person's Mix profile. As of now all shared sketches are public and there is no way to keep these private. However, the content is licensed under the Creative Commons Universal Domain Public Licence, which lets you retain ownership but allows anyone to remix your sketches.

Earlier, Paper was in the news because Facebook launched an app with the same name. The naming controversy resulted in FiftyThree filing a trademark application for the name Paper. It already has a trademark on Paper by FiftyThree. Facebook's app is unrelated to sketching. It finds the best stories from Facebook and shows it as pretty cards. However, the name of the app - Paper - had led to the controversy.
Comments