The new ‘Short Videos’ feature shows up in the middle of the News Feed and reveals the next video in the similar TikTok style swipe-up manner. 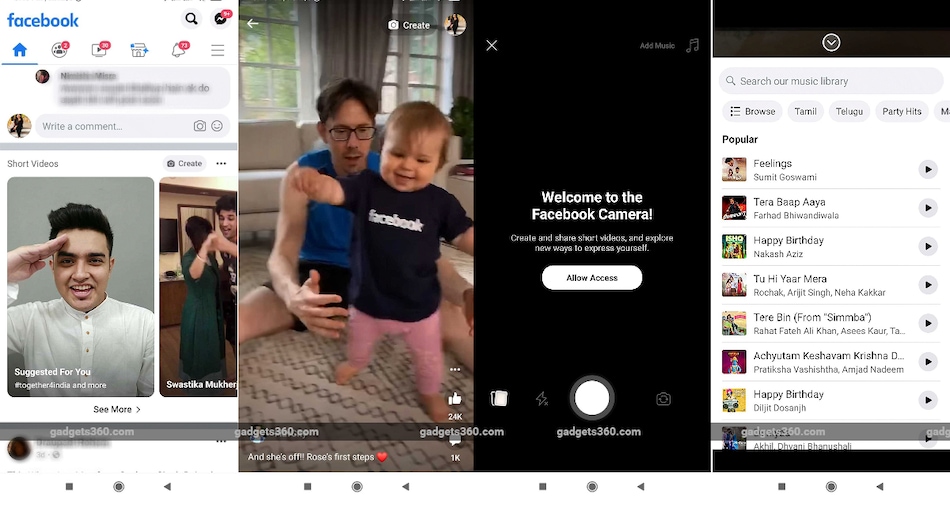 Facebook looks to take advantage of the TikTok ban in India

Facebook is testing a new ‘Short Videos' feature inside its app in a bid to cash in on the TikTok ban in India and proposed ban in the US. This new feature shows up in the middle of the News Feed and works in the similar swipe-up manner as was popular on TikTok. Facebook recently introduced Instagram Reels as its answer to TikTok's popularity, and now it looks to introduce the same feature into Facebook as well. We aren't sure about the scope of testing for this feature, but we were able to spot it on the latest version of Facebook on an Android device.

Social media guru Matt Navarra first tweeted that the social media giant is testing this new ‘Short Videos' feature inside the Facebook app. This feature is very similar to TikTok's style of video format including the swipe-up scroll for next video. We were able to spot this feature in our Facebook app as well and it seems to be available for Indian users largely. However, it may not be available for all users in India and Facebook may just be testing it with a subset of users before rolling it out commercially.

When asked for a comment, a Facebook spokesperson said via email: “We're always testing new creative tools so we can learn about how people want to express themselves. Short form videos are extremely popular and we are looking at new ways to provide this experience for people to connect, create and share on Facebook.”

The ‘Short Videos' section has a very TikTok-like interface, with likes and comments placed in the bottom right corner. There is a Create option at the top and clicking on it for the first time shows a new Facebook Camera with a description that reads, “Create and share short videos, and explore new ways to express yourself.” This new ‘Short Videos' feature lets you add music to your recorded clip, pause and record just like how TikTok allowed it, and share it in-app. Once posted, this video then shows up in the ‘Short Videos' section on Facebook.

This new ‘Short Videos' feature comes weeks after Facebook introduced Instagram Reels as its answer to the TikTok ban in India. The app is now looking at a ban in the US as well, and creators on the TikTok platform will have to jump ship to other media to continue creating content and amassing followers. Facebook is looking to be that new home for these creators, and a host of Indian creators have already begun creating content on Instagram Reels and may now cross post it on Facebook as well.