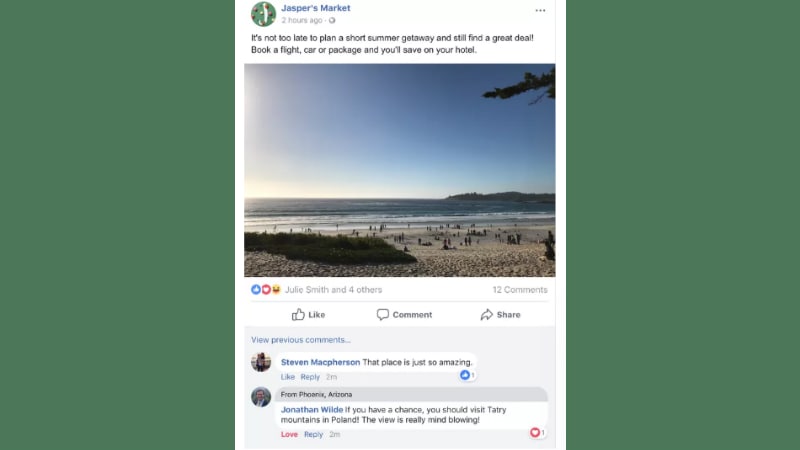 Facebook's 'Things in Common' label will show up above the username

Facebook is testing a new way to get people to make new connections on the social networking site. The company is testing a feature called 'things in common', and as the name suggests, it will highlight things that are common between you and a non-friend user. So, for example, if you have a colleague who you haven't befriended yet on Facebook, the site will highlight that in an effort to persuade you to add them to your friend list.

So, according to Cnet, Facebook is testing this label feature with a select group of people in the US, and there is no word on when it will roll out for everyone. This feature takes into consideration things like common city, common Facebook groups, common college, common workplace, and more such things. The report notes that only things that are made public by the user show up in the label.

When you're browsing a product page, which typically has a lot of comments on it, users who have commented on the post will have labels depending on your commonality with them. So if a user, who is from the same work place as you comments on a thread, and you happen to scroll past it, you will see a label above that user's name informing you that they are from the same workplace as you. This essentially lets you discover people with common interests who aren't on your friend-list.

Facebook notes that this works only on public posts, and labels only pull information that has been made public by the user. "Knowing shared things in common helps people connect. We're testing adding a 'things in common' label that will appear above comments from people who you're not friends with but you might have something in common with," Facebook spokesperson told the publication. This new feature will also help in combating fake accounts, and build actual civil connections.