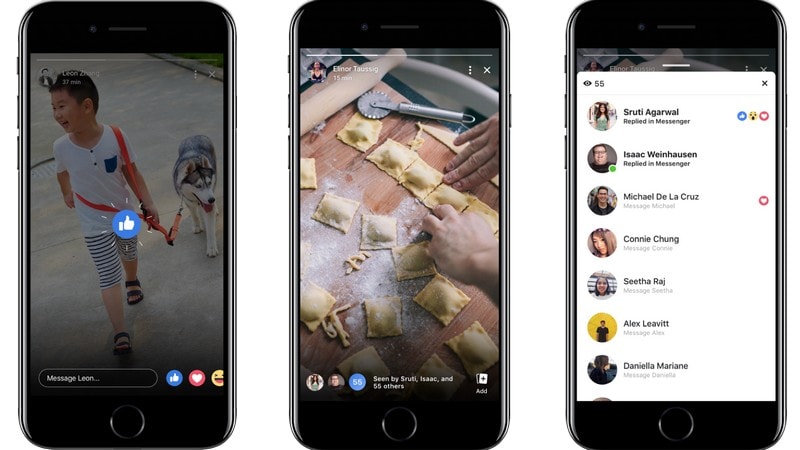 Aiming to get more people to interact with its Stories feature in its main app, Facebook has added group chat and reactions among others to the service.

Facebook Stories are short user-generated photo and video collections that can be viewed up to two times and disappear after 24 hours.

"The social network announced a few new features for the service, which lets people post a string of photos and videos that automatically disappear after 24 hours," CNET reported on Wednesday.

Now, if users reply to a Story, they would be able to add other people to the reply which creates a new group thread in Facebook Messenger - the social network's chat application.

Users would also be able to see if they got any Messenger replies to their Story without leaving the Story itself.

"Facebook is also adding the ability for people to reply with stickers and 'reactions' - the 'like', 'love' and 'sad' buttons you usually see on the social network," the report added.

The social network giant "copied" the "Stories" feature from rival Snapchat and added it to all its apps, including popular photo-sharing platform Instagram, WhatsApp, Messenger and Facebook itself.

Stories on Instagram and WhatsApp are wildly popular, with 300 million and 450 million daily users, respectively that eclipse's Snapchat's 191 million users for the entire app, according to CNET.