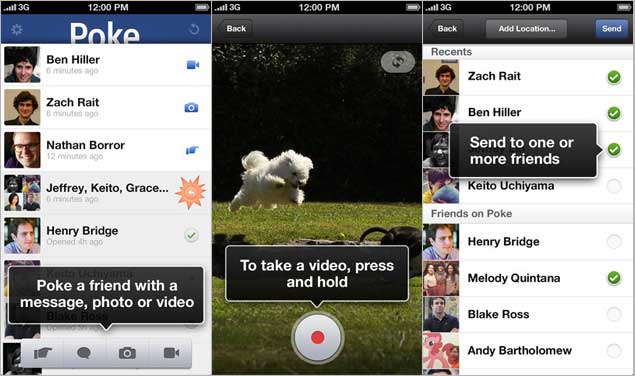 Facebook has announced a new app that erases pictures and messages within 10 seconds of being sent, the Daily Mail reported.

It is an advanced version of one of the social networking site's original apps, the "poke".

The equivalent of a head nod or wink, the "poke" in its old form is rarely used today as the site has become more advanced.

It has now been reinvented to be called "Facebook Poke" and allows users to send fleeting messages, pokes, photos and 10-second videos to friends, the Mail said Saturday.

The messages expire after a set period of time, from 1 to 10 seconds, and cannot be retrieved by either party again, making it perfect for sending salacious images without leaving a trail.