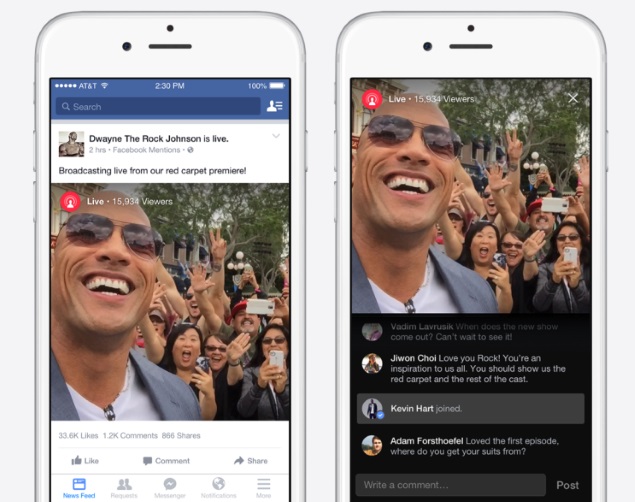 Facebook announced Wednesday it was launching live streaming video to allow actors, musicians and other celebrities a new way to connect with their fans.

"Starting today, public figures can share live video from Facebook Mentions, the app that makes it easy for athletes, musicians, politicians and other influencers to talk with their fans and each other," Facebook product manager Vadim Lavrusik said in a blog post.

"You can comment on, like or share the video while watching a live broadcast. You can also see when your friends or other public figures start watching."

Lavrusik called the new feature "an immersive and authentic way to connect with the public figures you care about, in real-time," and noted that the videos would be available for viewing later for fans who miss them live.

Facebook is launching the service amid competition in live streaming from Twitter's Periscope and the independent Meerkat app, both of which launched this year.