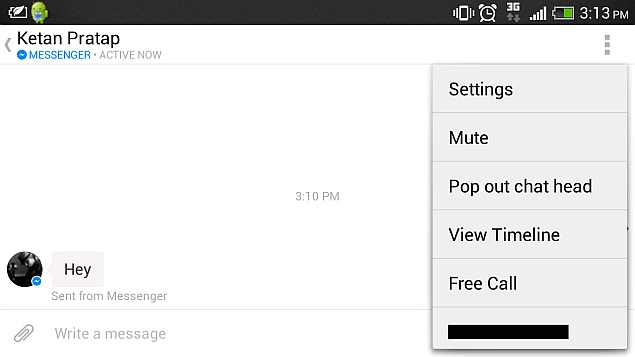 Facebook has finally started rolling-out its Messenger voice-calling feature to other nations, with the service now available in India. The company quietly updated the Messenger service over the weekend to bring the functionality, which was first introduced in the US and Canada in January last year.

Thevoice calling service in India is available via Facebook Messenger for Android and iOS. The voice-calling service will let users call their Facebook contacts for free, using either mobile data or Wi-Fi, similar to other VoIP services.

That said, users won't receive a normal phone call. Instead they'll receive a push notification on their screens with the caller's name. Also, users can only connect with a conversation partner who also has Facebook Messenger for Android installed on their phone.

In late February, the company announced the closure of its Facebook Messenger service for Windows and Firefox platforms.
Comments