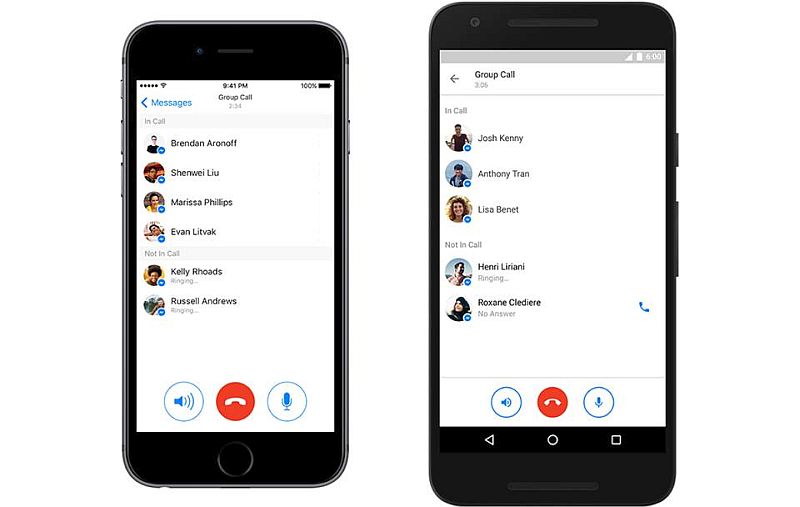 Highlights
Facebook on Wednesday brought the group calling feature to its standalone Messenger app. With the new feature, Messenger users will be able to make calls in any group conversation by just tapping on the phone icon to initiate a group call. Notably, group video calling is still not available, though most rivals offer the feature, from Skype to Viber and WeChat.

The group calls feature is currently limited to just 50 people but we can expect Facebook to increase the limit in the future. David Marcus Messenger Chief in a Facebook post confirmed the new feature and said that it will roll out to users within the next 24 hours. The group calls feature will be available to all users across Android and iOS, and will allow users to call via VoIP (voice over internet protocol).

"If you have the latest version of Messenger, you should see the phone icon appear in group conversations within the next 24 hours. Give it a try, and as always, let us know how we can make it even better for you," said Marcus.

Venture Beat reports that the group calling experience on Messenger app will be similar to that of a one-on-one call. In this case however, the screen will show the group's name and the list of members who are 'In Call' as well as currently 'Not in Call'. The report adds that Messenger users will have the option to receive, ignore, or decline a group call.

The group calls feature on Messenger comes within few days of the service gaining Video Chat Heads. The feature was available for both Android and iOS. With the Video Chat Heads, Messenger video chats got an always-on-top Chat Head interface users were familiar with. This allowed users to continue a video call while doing something else such as messaging other people or using another app.