Facebook Messenger Lite Now Available in 132 More Countries; Not Yet in India 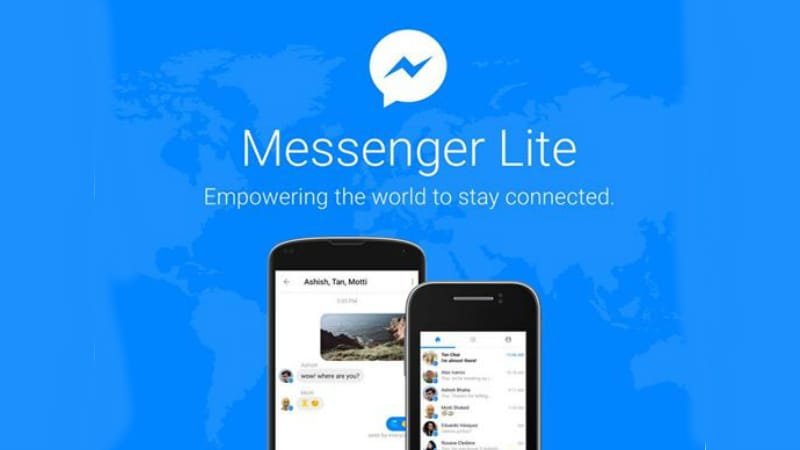 Facebook on Thursday announced the global expansion of the light version of Messenger, an Android-only app launched last year. The Facebook Messenger Lite app is now available in 132 more countries, catering to users that utilise smartphones with low processing power, memory, and bandwidth. This app is ideal for such an audience, and Facebook looks to bring them onto the social chat platform with the expansion in these countries.

Additional countries include Germany, Colombia, Italy, Vietnam, Algeria, Morocco, Nigeria, Peru, Turkey, Japan, Taiwan, and the Netherlands, among others. The news was announced by David Marcus, Vice President of Messaging Products at Facebook. While he said 150 more countries, TechCrunch reports that figure is actually 132 more countries. The report adds that the US, UK, and India aren't part of this list, and the app listing on Google Play confirms this by still showing lack of availability in the country.

Facebook Lite for Android was released for Indians in June 2015. Messenger Lite is relatively new, and was launched in October 2016 in Kenya, Tunisia, Malaysia, Sri Lanka and Venezuela.

"If you have an older phone that doesn't have a lot of memory, or has limited processing power, and you want the benefit of messaging quickly with any of the 1.2+ billion people using Messenger every month, give Lite a try!," Marcus notes.

Facebook has been competing heavily with Snapchat in recent times, by aping all its features and bringing them to its portfolio of apps. With Lite now available in many countries, the media-heavy Snapchat gets more competition in terms of user base. As of now, all the camera effect features reside only in the main app, but it's only a matter of time before Facebook brings them to the Lite versions.