Facebook Messenger Gets a Hidden Football Game to Celebrate Euro 2016 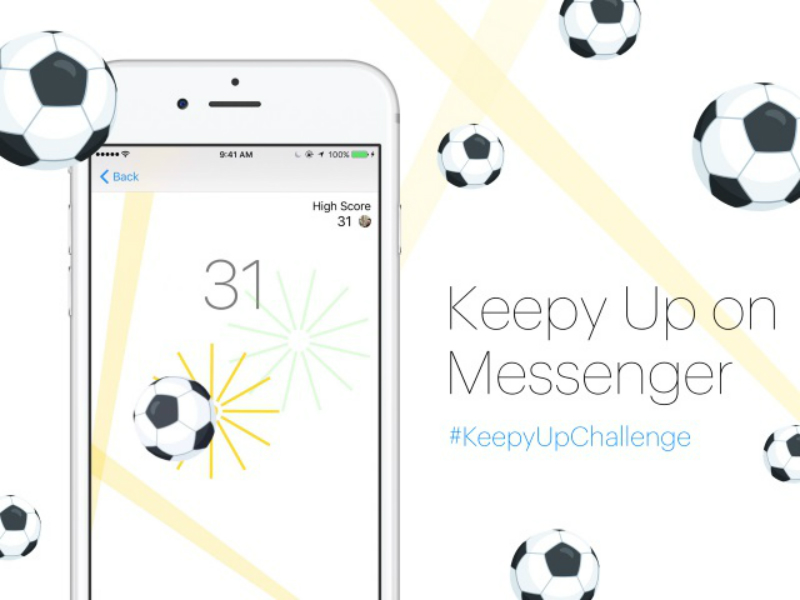 In tribute to the UEFA Euro 2016 championship, Facebook has introduced a new football (aka soccer) game hidden as an Easter egg inside its Messenger app. Called KeepyUp, users need to enter the football emoji to start the game.

To activate the game, you need to be running the latest version of Facebook Messenger for Android or iOS. Then, just send the football emoji in any conversation inside the Facebook Messenger app. Tap on the emoji after sending it, and Messenger opens the game up automatically. The challenge is to keep the football from touching the ground. The game keeps your best score intact for the next time you use the emoji and want to replay.

The interface is simple, with the ball bouncing about the white screen, more vigorously as the level advances. Users can easily exit the game, and back to their conversation whenever they feel like. There's no pausing the game though, you'll have to end it to continue chatting.

Facebook had done a similar trick in March with its Messenger Basketball game. It got activated in the same way, but needed the basketball emoji for starting it. Facebook also claimed that the game had received 300 million plays in just one week.

Facebook Messenger for Android recently also announced SMS support. The Android app now supports SMS messaging bringing voice chats, emojis, and location sharing to SMS messaging. The chat service recently also introduced as many as 1,500 new emojis into the app. Several emojis dedicated to women in different roles were also included. Notably, it even standardised emojis on all of its platforms.

The new game is being rolled out globally to all users. The update should have hit the App Store and Google Play in your region, but if it hasn't, it will soon.