The new feature will be rolled out to all Messenger users globally on September 24. 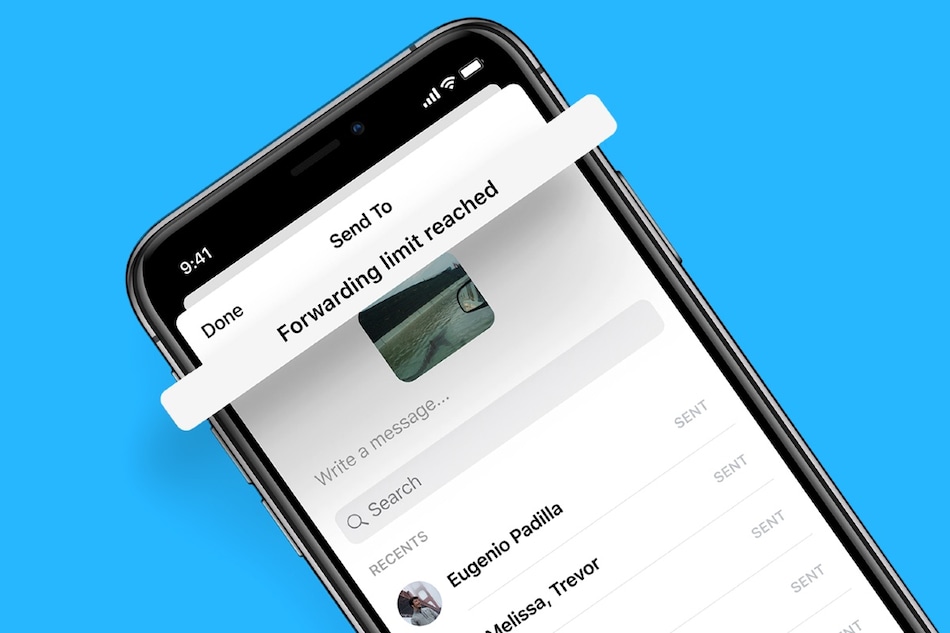 Facebook Messenger has added a forwarding limit to let users forward messages only to five people or groups at a time. The new development is aimed to reduce the spread of viral misinformation and curb the circulation of fake news through the messaging platform. In 2018, Facebook brought a similar forwarding limit to WhatsApp in India, expanded to global markets in January last year. Meanwhile, in April, WhatsApp narrowed down the limit of frequently forwarded messages to one chat at a time. The Messenger app also recently added new privacy features, including the ability to lock the app on iOS devices.

With the addition of the forwarding limit to Messenger, you won't be able to forward any particular message to more than five people or groups simultaneously. If you try to add any new users to your forwarding list, the app will show you a notification saying, “forwarding limit reached.”

“Limiting forwarding is an effective way to slow the spread of viral misinformation and harmful content that has the potential to cause real world harm,” said Jay Sullivan, Director of Product Management, Messenger Privacy and Safety, in a blog post on Thursday.

This feature was first hinted at in March when it was being tested internally, but now Facebook has started rolling out the forwarding limit on Messenger. It's currently limited to certain countries, though the feature will be available to all users globally starting September 24.

The addition of the forwarding limit feature comes just ahead of major elections in New Zealand and the US. Also, it works quite similar to how the forward message limit is available on WhatsApp since August 2018.

In July, Facebook Messenger received an update with App Lock to let users use biometrics fingerprint or facial features to unlock their app. The social media giant also announced that it would start blurring photos received from unknown users to help view the content before replying to the message or blocking or reporting the account of someone that you may not know.