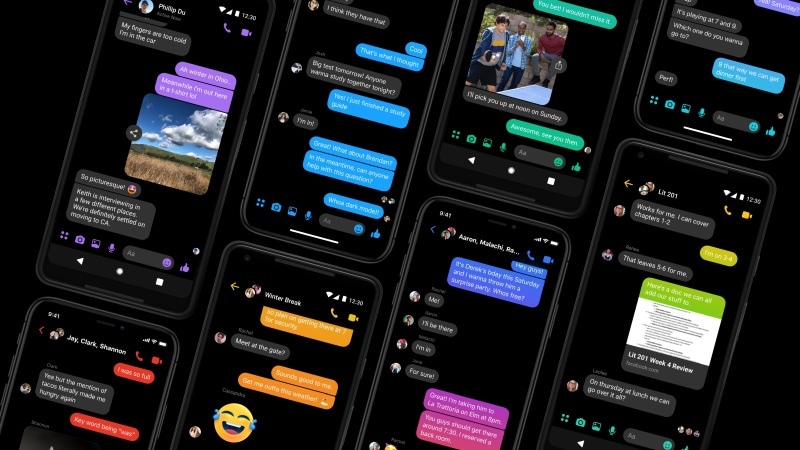 Facebook's new "Dark Mode" feature for Messenger can now be enabled manually on Android and iOS devices. The social media giant had announced last October that it would soon roll out the much-awaited feature. Now, four months later, Facebook has rolled out this feature to its users. Facebook Messenger Dark mode was earlier this week spotted to have rolled out silently to users in several countries including Czech Republic, Indonesia, Philippines, Portugal, and Saudi Arabia.

In a blog post on Monday, Facebook said "As many may have discovered, dark mode can be accessed through a hidden, limited-time only experience. Simply send a crescent moon emoji in any Messenger chat to unlock the setting and prompt to turn on dark mode."

"Messenger's dark mode provides lower brightness while maintaining contrast and vibrancy. Dark mode cuts down the glare from your phone for use in low light situations, so you can use the Messenger features you love no matter when or where you are," the blog post added. Facebook adds that the dark mode will be rolled out fully via Settings in the coming weeks.