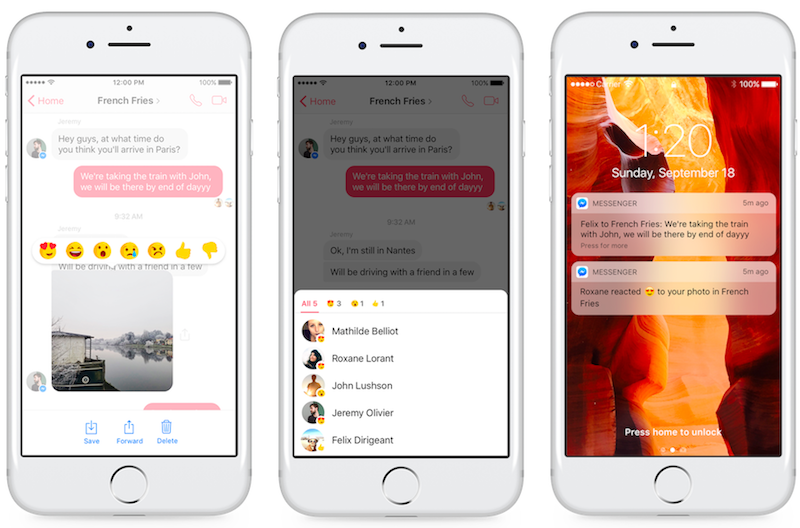 The social media giant announced via a blog post that the two new features are aimed to improve group conversations. The Messenger Reactions feature is similar to what Facebook introduced on its site and apps last year, wherein you get to 'react' to a post with a specific emoji. In Messenger, this feature lets you react to an individual message. The love, smile, wow, sad, angry emojis are now included along with a thumbs up and thumbs down emoji.

Users will be able to view how many people (in case of group messaging) reacted to a particular message in the lower corner of the message. Tapping on the emojis will show you a summary of how many members reacted in which way. When someone reacts to your messages, you'll see a small animation. You can also receive notifications on your screen when someone has reacts to a message of yours.

Meanwhile, the other new feature, Mentions, is basically what tagging is for Facebook. If you want to get the attention of a particular person or persons in a group, you can now tag them by typing "@" symbol followed by their name or nickname followed by your message. Those tagged will get notified that that they've been mentioned. Of course, everyone else will also get a notification, but only the specified person in the group will get the notification that they've been mentioned. This feature was also recently introduced on Facebook-owned WhatsApp.

Facebook says that the new features will also be available for Work Chat on Workplace. The new features have begun rolling out and will be available globally in the coming days. Faceboook's Reactions has proven to be a popular feature. The company last month said it recorded 300 billion "Reactions" on posts since launch.