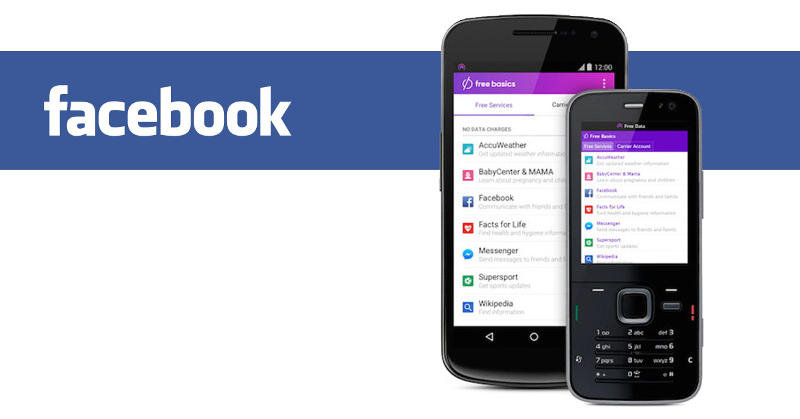 Facebook's has launched a campaign that shows up on the top of its feed for Indian users, exhorting them to send a message to the Trai in support of Free Basics in India.

The page exhorts users to send the response, claiming "Free Basics is in danger in India." Directly pointing to the SaveTheInternet campaign, the page adds, "A small, vocal group of critics are lobbying to have Free Basics banned on the basis of net neutrality. Instead of giving people access to some basic Internet services for free, they demand that people pay equally to access all Internet services, even if that means 1 billion people can't afford to access any services... Unless you take action now, India could lose access to free basic Internet services, delaying progress towards digital equality for all Indians. Tell the Trai that you support Free Basics and digital equality in India.

The pre-written response to Trai is reproduced in full below:

"To the Telecom Regulatory Authority of India, I support digital equality for India. Free Basics provides free access to essential Internet services, such as communication, education, healthcare, employment, farming information and more. It helps those who can't afford to pay for data, or who need a little help with getting started online. And it's open to all people, developers and mobile networks. With 1 billion Indian people not yet connected, shutting down Free Basics would hurt our country's most vulnerable people. I support Free Basics and digital equality for India. Thank you."

The Web form has a 'Send Email' submit button that lets Facebook allegedly send your response, name, email address, to Trai, but it also works in incognito, so the user doesn't have to be signed to Facebook to support the campaign. Users can send anonymous messages with random names, without having to enter an email address. 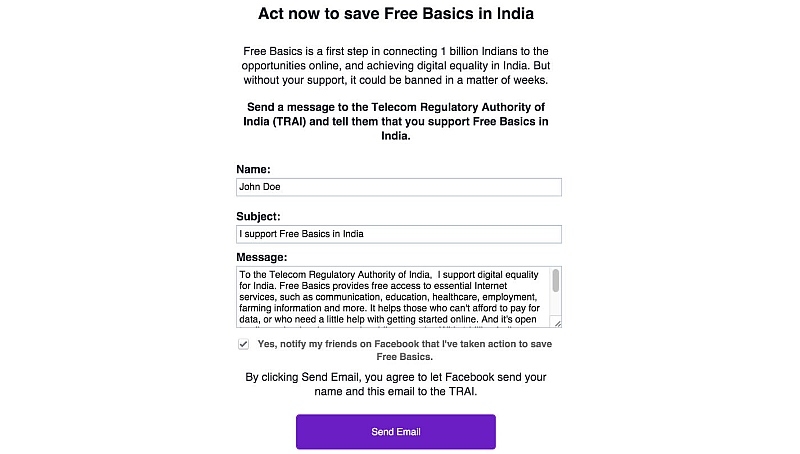 Two people familiar with the net neutrality debate said that this seemed like a new development.

"This is something new, that Facebook is officially doing," said Karthik Balakrishnan, one of the volunteers behind the SaveTheInternet campaign that sent over 1.1 million emails in April this year in response to Trai's consultation paper.

"I would be very surprised if they send emails to Trai for every submission that happened. Even though the campaign says email, it's mostly a signatory thing, they will collect all of this and send a collated list to claim that certain number of people have campaigned to save Free Basics." he said.

In an emailed response, a Facebook spokesperson offered the following quote:

Hundreds of millions of people in India use the Internet every day and understand the benefits it can bring. This campaign's goal is to give these people the opportunity to support digital equality in India and help connect the billion who remain offline by giving them a voice in the public debate that is being held by The Telecom Regulatory Authority of India on differential pricing for data services."

iPad Air 3 to Launch Without 3D Touch in First Half of 2016: Report
Sundar Pichai Says Mumbai Central to Get Free Wi-Fi by January; 100 Stations by 2016-End