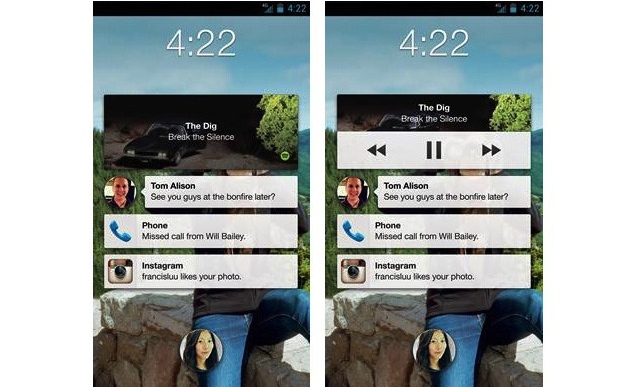 If you're one of the few Facebook junkies who're still using Facebook Home, the service's deeply integrated interface for Android phones that brings all the action from the popular social network to the phone's home screen, then we have some good news for you.

Facebook Home has been updated to offer music controls on the phone's lock screen when the user is playing music. This means that you can play, pause, and switch to the previous and next tracks without opening the music player.

As users would know, Facebook Home takes over the phone's home screen and lock screen to offer a customised Facebook focused experience that includes updates and notifications from Facebook friends.

The Home app - or the 'launcher' in technical terms is designed to let users display mobile versions of their Facebook newsfeed and messages prominently on the phone's home screen. Also included is "chat heads" messaging service and "cover feed", both of which dominate users' home screens and continuously offer messages, photos, status updates and other content from Facebook's network.

In addition to the update to Home, Facebook has also updated the Facebook app for Android to offer animated stickers. According to Facebook, the Pusheen, Beast and Anooki stickers now wave, dance and wiggle. The animated stickers are already available on the iPhone app and on the web version.
Comments