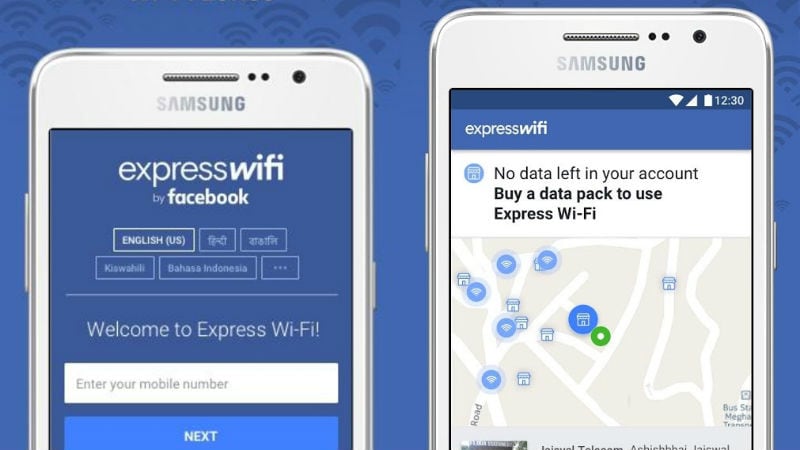 Facebook has launched an app that will let users in developing countries access its paid Wi-Fi service. The social media giant has unveiled an Express Wi-Fi app for Android smartphones to go along with its distributed Wi-Fi network. The Express Wi-Fi is a carrier-provided connectivity service that claims to provide "affordable Internet." The app will essentially provide users with a way to buy Internet connection from telcos rather than purchasing expensive connections, and in some places, slow connections. As of now, the app is reportedly available in Indonesia and Kenya.

Earlier, people would have to either open a mobile browser or get an app from a telecom company to access the Facebook Express Wi-Fi. However, the app, available on Google Play, enables users to buy data packs and find nearby hotspots more easily. After being in a testing phase for a long time, Facebook has commercially launched Express Wi-Fi service in India last year. The company had announced the service to be available via nearly 700 hotspots across four states - Uttarakhand, Gujarat, Rajasthan, and Meghalaya.

As we mentioned, earlier the programme required users to download an app from a telecom operator to reconfigure their phone settings, the new app will make the programme's rollout in other regions much smoother and easier. Meanwhile, a Facebook spokesperson has confirmed the app's rollout to TechCrunch, saying, "Facebook is releasing the Express Wi-Fi app in the Google Play store to give people another simple and secure way to access fast, affordable internet through their local Express Wi-Fi hotspots."

Express Wi-Fi is Facebook's attempt to bring internet to underserved regions in developing countries. While it has launched Free Basics in the past, Indian telecom regulator TRAI had rejected the scheme because of its violation of net neutrality. However, Express Wi-Fi offers a paid full version of the Internet.