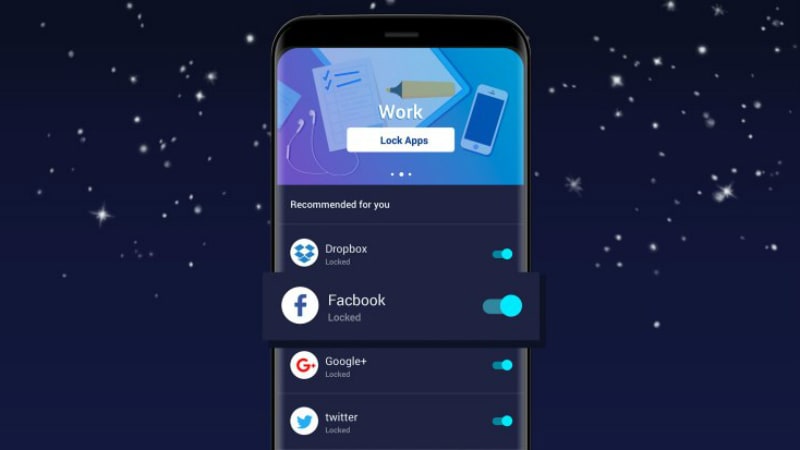 Onavo, the data-security app maker that Facebook acquired in 2013, launched and then quickly deleted an Android app that let users lock other apps on their devices. While the purpose of the Bolt App Lock, on its face, was to protect other apps from unauthorised access, it apparently also collected data on the apps and services consumers used on their smartphones - and then sent it back to Facebook. The Bolt App Lock was deleted soon after its launch, with a Facebook spokesperson reportedly calling it a "small, brief test."

Bolt App Lock was seemingly only the latest in a long list of mobile apps that help users lock other apps on their smartphones using a PIN code, pattern, or fingerprint. It seemed like a more polished, modern alternative to the existing apps. However, TechCrunch reported that the app listing on Google Play said the app collects data on what apps the consumers use and send it to Facebook "to build better experiences."

The app's listing explained that Onavo would "collect info about your mobile device and the apps installed on it." This includes when other apps are used, device and network information. This data will be analysed, and used to "gain insights into the products and services people value." It was deleted and the listing page on Google Play removed, the report added.

Facebook recently began advertising the Onavo Protect VPN app directly within Facebook's main navigation on iOS, under the menu item Protect. When clicked, the link would take you to the download page for Onavo Protect on the App Store. The company has also featured a similar Protect link in its Facebook app for Android in the past.

Google Assistant Now Understands Custom Commands for Third-Party Products
Redmi 5 India Launch Date Is March 14, and It Will Be Sold via Amazon