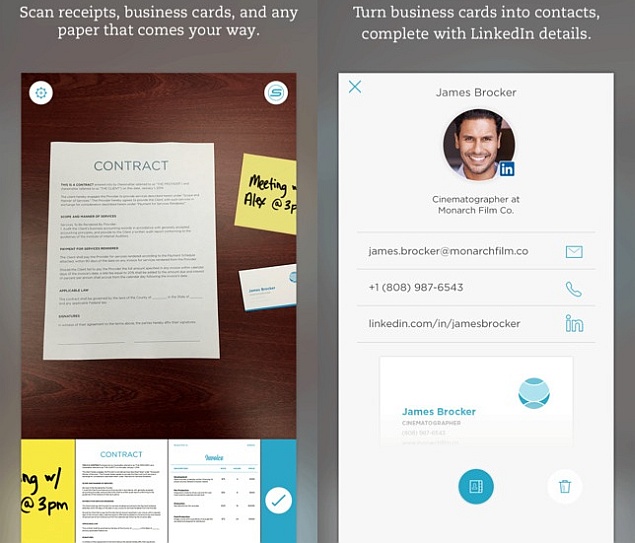 Evernote, the popular note-making app, which had first announced the app back in October, has finally launched the Scannable app for iPhone and iPad devices.

The Evernote Scannable app, as the name suggests, scans business cards and other documents. Users would need to point their device's camera at the document they want to scan and the app does the rest by taking a snapshot of the document, and optimise the scan by cleaning it, cropping it, and rotating it.

This automatic scanning of a document by the app is what separates it from the built-in scanner feature in Evernote's mobile scanner. The scanned document can be saved in the user's Evernote account, device's camera roll folder, iCloud, and can be shared via email or message. Users can also save the scans to Evernote or send them to another app. Furthermore, the Evernote Scannable app can click multiple scans and make a single document. The app can also sync multi-page documents with the ScanSnap Evernote Edition desktop scanner.

Another feature in the Evernote Scannable app is its ability to extract information from business cards while scanning, and adding the information in the device as a contact along with the user image being pulled from LinkedIn. The user needs to stay logged in into their LinkedIn account to use the feature in their devices.

However, the Evernote Scannable app lacks few features as seen in other scanning apps like Scanbot. Unlike Scanbot, Scannable users cannot save the scanned doc as PDF files or back them up automatically on multiple cloud services.

The Evernote Scannable app is available to download from the App Store for free. Sized at 30MB, the app requires iOS 8.0 and later OS versions to run. There is no word on the app's upcoming availability for Android and other platforms.