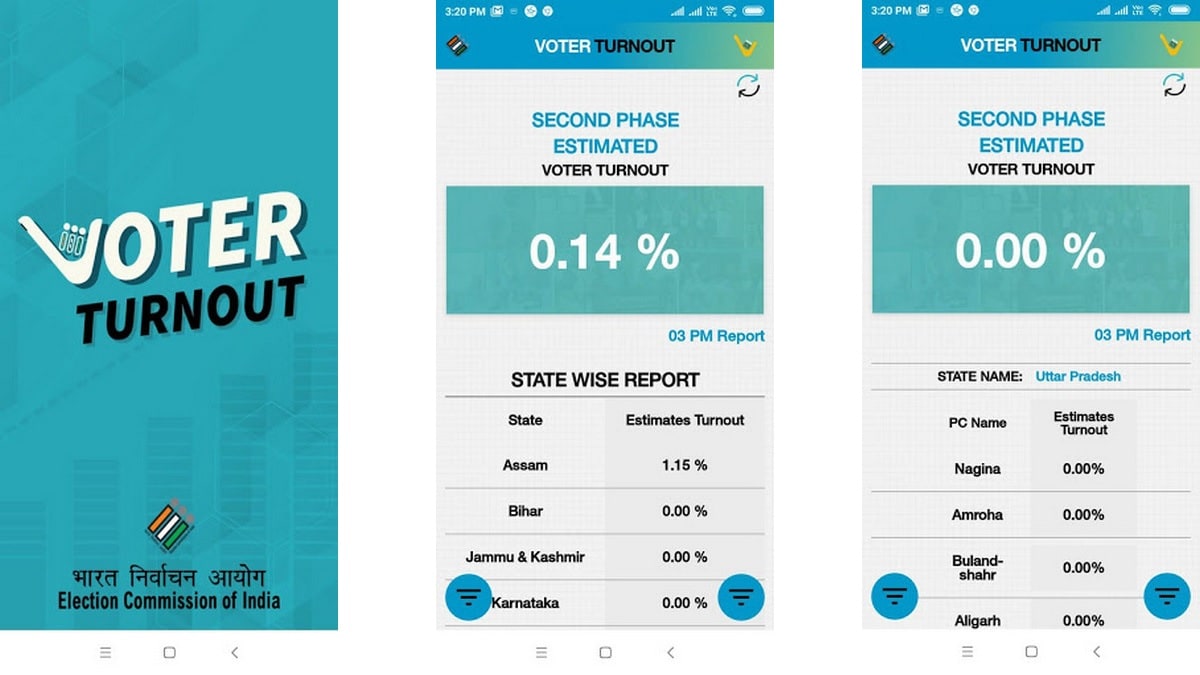 The Election Commission (EC) on Thursday launched a new mobile application for near-realtime availability of voter turnout during elections across the country.

The beta version of the "Voter Turnout" app, available for Android via the Google Play store, currently shows the state-wise and constituency-wise voter turnout in the ongoing Lok Sabha elections.

"The ECI has undertaken a new initiative by developing an application i.e. Voter Turnout App, for display percentage of phase wise poll turnout for various rounds on the poll day. This application has been made public to view authenticated data published by ECI," the Google Play store listing reads.

Deputy Election Commissioner Sandeep Saxena said the app would increase transparency of voter turnout information among public while ensuring easy availability of the same for the media.

He said the data would be constantly uploaded at constituency level through another app and hence the app would provide near-realtime information.

"Once the election is over and polling parties return, the data would be verified and final figure would be available on the app along with breakup of male and female voters," Saxena said.

Apple-Qualcomm-Intel Dance: What It Means for the Future of 5G
Mortal Kombat 11 Release Cancelled for Indonesia Due to Local Laws: WB Games